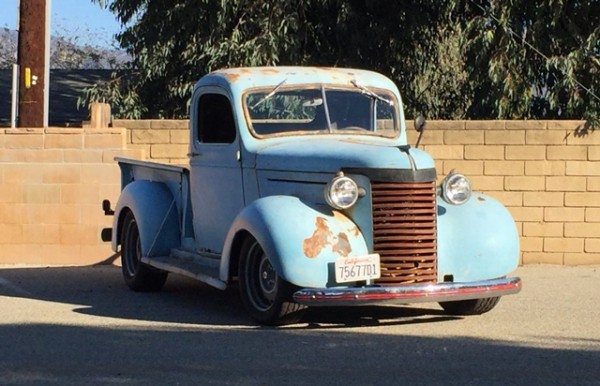 Stephen Moyer is currently in North Carolina where he is filming his new TV project, Fox’s Shots Fired and he seems to be settling in quite well.

First we have some exciting news about the “Shots Fired”; it’s been approved to “go straight to series” (see below):

This season the Fox network has increased the number of pilots in development and we were happy to read that they have given straight-to-series orders to three projects for next season including “Shots Fired.” The other two are the comedy “Son of Zorn,”and a revival of “Prison Break.”

“We really focused this year on having a number of projects that were based on existing IP so that we wouldn’t be starting from zero when we’re trying to create awareness about our shows,” Fox Television Group CEO Gary Newman told Variety last week…”

Below are the first photos from the set shot in Gastonia, NC yesterday that include Helen Hunt (sorry, not Steve yet).

In the scene being shot Tuesday, some of the fictional city’s prominent figures address reporters about the unrest in the community.

Employees at Spindle Center Barber Shop watched as the crew set up for filming. It was good they had something to look at because not many customers filed in during the commotion, one of the barbers said.

Kimberly Hallas sat in front of Zoe’s Coffee House and watched the filming. She spotted Helen Hunt from a distance.

And, on the personal front for Steve; his beloved 1940 Truck (the little blue truck) has arrived in NC!

Since Steve will be in NC for about four months, it seems appropriate that he should have his favorite wheels.

His latest tweets include pictures of the truck which he had fixed up last spring and, as you can see by the photos below, the truck is now with him in North Carolina.

I’m sure the old truck will feel very comfy cruising on the southern roads with all the humidity and heat that’s yet to come.  Let’s hope it doesn’t get too much more rust in the process. 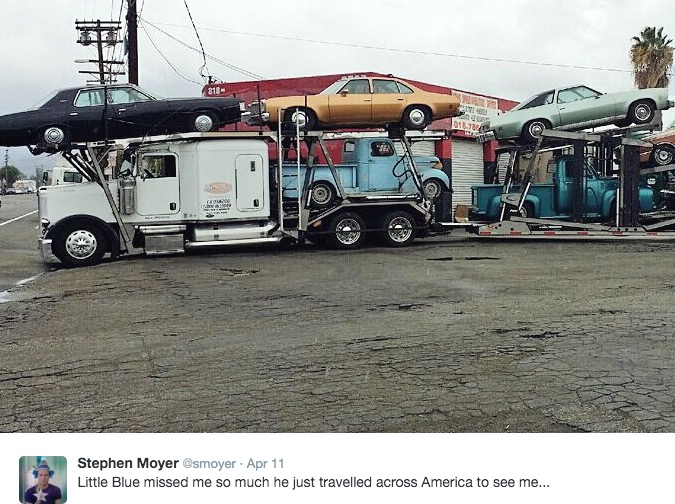 Today, Steve tweeted to Todd Lowe, True Blood’s “Terry Bellefleur” about the truck saying that the boys from the company that had rebuilt the truck, Picture Car Warehouse, had gotten the it hauled to North Carolina for him.  Nice! 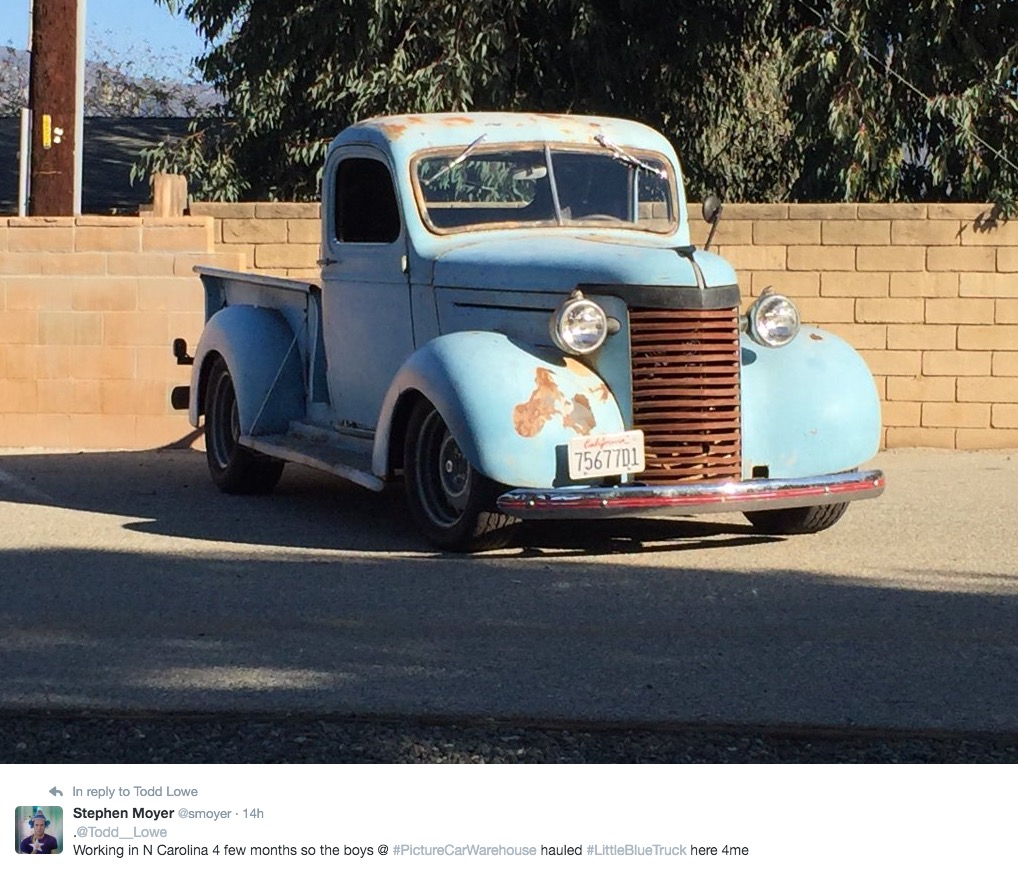