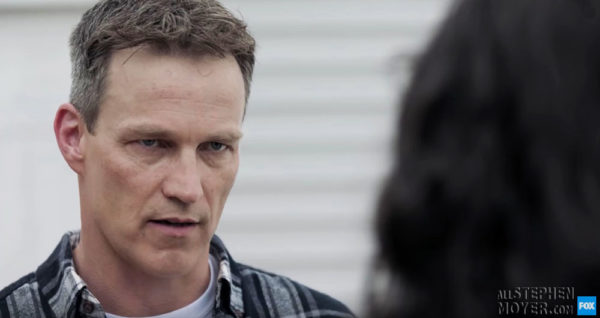 Shots Fired premiered last week and we only got a few glimpses of Officer Breeland in the first episode. Let’s hope that the promo for episode 2 below is a sign that there will be more Breeland in episode 2.

From this minor glimpse at the episode, it looks like Stephen’s character of Officer Breeland is ready to take on the investigators in defense of his men.

Are you excited to see more Shots Fired? Let us know by posting your comments below!

Below are two screencaps of Stephen Moyer as Officer Breeland from the above promo for episode 2 of Shots Fired: