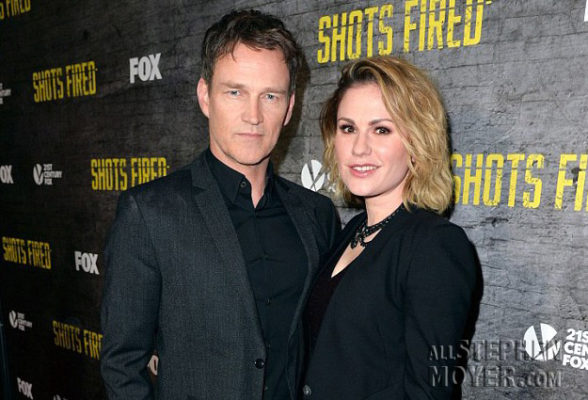 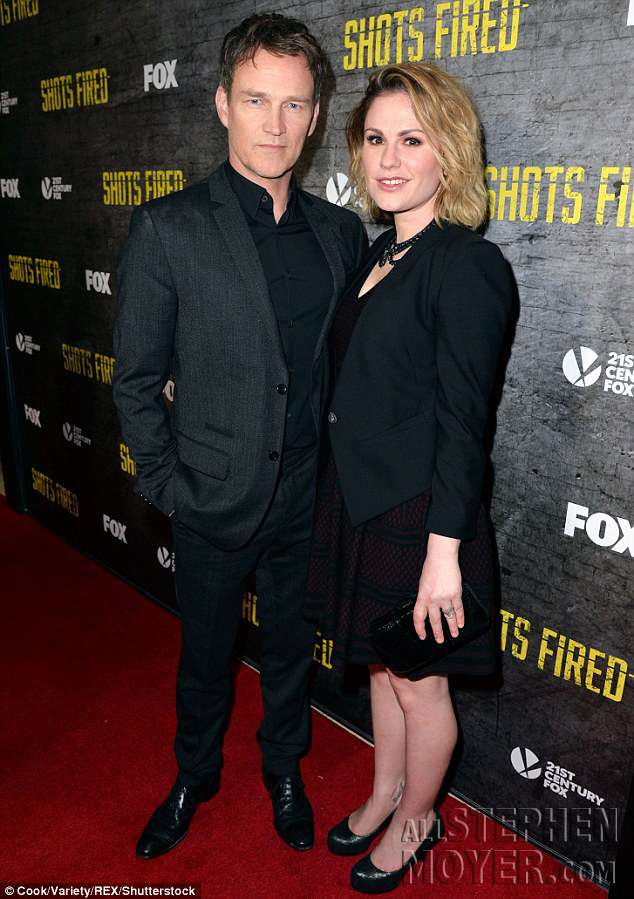 Speaking to TV Guide about the show, which premieres on Fox March 22, Stephen said:

‘It’s about making the right decisions, even if it goes against what you’ve believed your entire life. It’s complicated.’

‘From that very first episode, you’re dealing with a lot of areas that most shows don’t do,’ this is not black and white. It’s very grey. There’s a muddy center in all this.’

Anna Paquin and Stephen Moyer looked stylish as they posed on the red carpet for a screening of the upcoming miniseries Shots Fired in West Hollywood.

Stephen wore a simple gray suit with a black dress shirt and no tie. Anna wore a black blazer a dress, she also accessorized with a tangle of black chains about her neck on her night out.

It’s great to see Anna and Stephen on a red carpet, it’s been too long.  Let’s hope that we get to see more of the couple now that they are back in town. However, Stephen is currently shooting his other new series, the yet ‘unnamed’ Marvel X-Men series in dDallas, but it looks like it’s pretty easy for him to come back to LA for the weekends.  Let’s hope so!

Below are some photos of Stephen and Anna on the red carpet at the event: