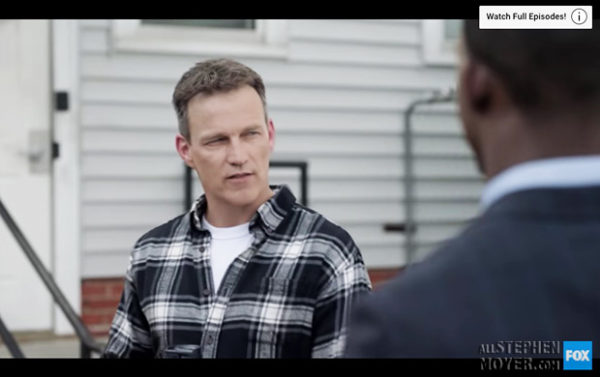 Below are two videos for Shots Fired on Fox.

The first video is the promo for the next hour 4 of Shots Fired which airs at 8pm Wednesday, April 12th.

Stephen Moyer is seen several times in the promo, giving us hope he will be in this episode even more than he was tonight.

Below are three screenshots of Stephen Moyer from the above promo:

The second video is a round-table discussion of tonight’s episode, Hour 3 of Shots Fired with some of the cast. Sadly, once again, Stephen Moyer is not part of the discussion.