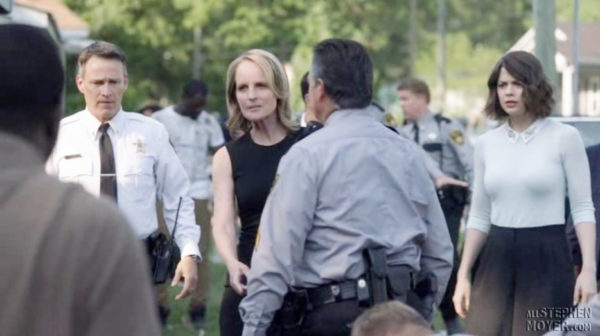 Below we have videos for Shots Fired Hour 7 titled “Content Of Their Character” and a Promo for the next in the series, Hour 8.

Below is a video promo preview for the next hour 8 of Shots Fired which airs at 8pm Wednesday, May 10th. Watch the video and let us know what you think will happen in the next episode.

The following videos are about tonight’s episode Hour 7 “Content of Their Character.”

The following videos are from tonight’s episode 7.

Ashe meets a man at the bar and decides to cut to the chase and say what they both want.

Preston in confused by Ashe’s actions when she tells him she is done with the case.