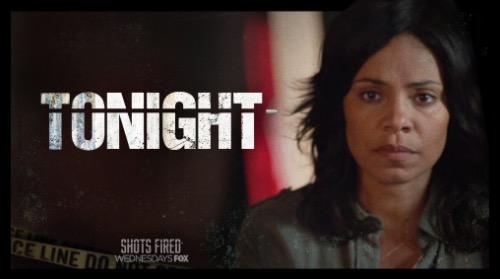 Tonight marks the last episode of Shots Fired and below we have videos from Hour 10 titled “Last Dance.”

However, first – Stephen Moyer has told us previously how proud he was to have been a part of Shots Fired. Now he has tweeted the same LIVE from his Twitter account just moments ago. See his tweet below: 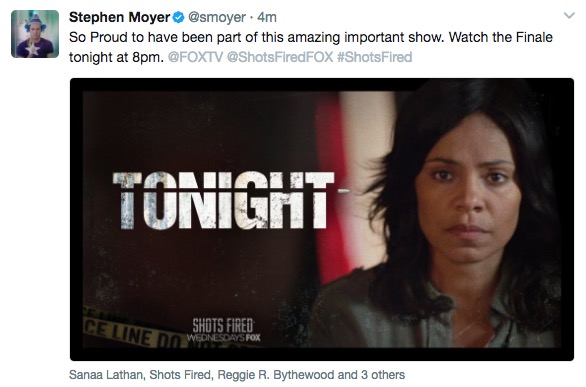 We agree that Shots Fired was a worthy and important series that took courage to do and we applaud the producers and FOX for giving it a chance on network TV.  Let’s hope that more series like it that tackle difficult topics are seen in the future!

Below are videos from Shots Fired Hour 10.

Ashe Wants The Truth To Be Told On The Witness Stand | Season 1 Ep. 10 | SHOTS FIRED