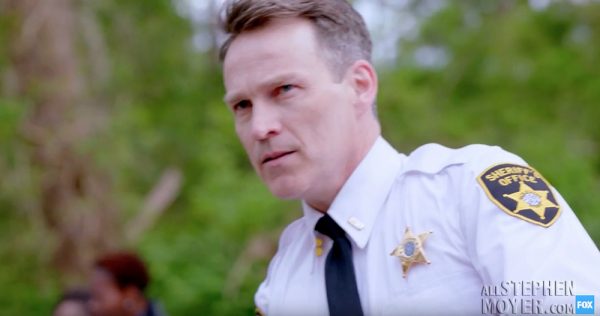 Mark your calendars fans, a date has been set for the premiere of Stephen Moyer’s new series, Shots Fired at the Sundance Film Festival. The date is now set as January 25.

Fox’s 10-hour event series that includes Stephen Moyer as Officer Breeland will debut by airing two episodes at the upcoming Sundance Film Festival with a Q&A after the viewing.

This is Fox, first ever series debut at the fest, and they will screen two episodes at the Marc Theater followed by a panel discussion with EPs as well as cast members Sanaa Lathan, Stephan James, Mack Wilds and Aisha Hinds on January 25.

The presence of this show at Sundance this year is yet another indication of the strong role television is increasingly playing in the Robert Redford-founded fest with broadcast, cable and streaming series seeking early buzz out of Park City.

There is no indication that Stephen Moyer will attend the festival. If we hear otherwise, we’ll report it immediately.

The ten hour limited series is scheduled to air this spring on the Fox network.

We reported about the show’s inclusion at Sundance recently. That information is located here: https://www.allstephenmoyer.com/shots-fired-premiere-sundance

About The Sundance Film Festival