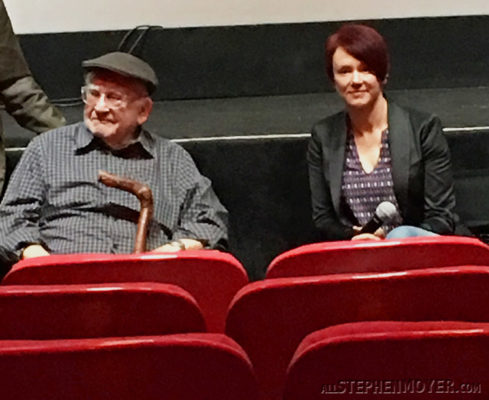 Last night I finally got my chance to see CASM’s The Parting Glass when it screened at The Method Film Festival in Beverly Hills, CA.

The screening was to be at 5pm and Producer, Cerise Larkin and one of the film’s stars, Ed Asner attended.  Cerise introduced the film and she and Ed Asner sat down with the audience for a Q&A after the film was over.

I met Cerise for the first time before the screening outside the theater. We chatted for a bit about CASM’s projects including #Flack, which I definitely love and then more about The Parting Glass. I asked her if the public would see the film in theaters and she answered that the film had been bought and it will be distributed.

I recorded the Q&A portion of the program which you can listen to below:

On Stephen as a director:

Ed Asner said, “he was a damn good director!“ – to me that sure seems like a lot of praise coming from such an experienced actor who has worked for so many directors. Congrats Steve!

Cerise Larkin went on to say that “Stephen knew how to infiltrate words together to get results.”

My thoughts on the film:

I was sure I would like this film before I even saw it.  Being partial to most of the cast and the production company, I knew that it would be a good watch.

The Parting Glass is a very intimate film that Denis O’Hare wrote about his family coming together after their sister’s suicide. Denis obviously wrote the screenplay originally for cathartic reasons, but as Cerise explained during the Q&A, when Stephen read it, he knew it had to be CASM’s next project.

The simple (and yet complex family dynamic) story was beautifully acted by all. I noticed a lot of the directing techniques and said to myself, “I can see Stephen’s mark here.”

There’s no doubt it’s what is known as a “little film”; but it’s a good one. It is certainly worth a watch. The last few scenes alone show some particularly good acting from Denis O’Hare when he remembers his sister fondly. The last scene was just perfect and ended the film quite well. I give kudos to the entire cast, I truly felt they were a family going through a difficult time.

I strongly recommend seeing this film for what it is and for what it hints at for CASM’s future productions – lots more great filmmaking!!!

Below are some of the red carpet photos of Ed Asner and Cerise Larkin, as well as some I took of the two during the Q&A in the theater: 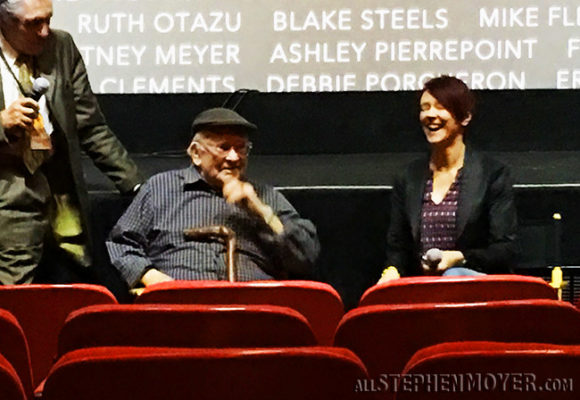 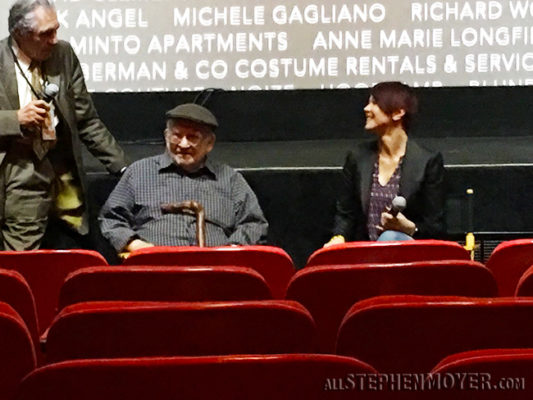