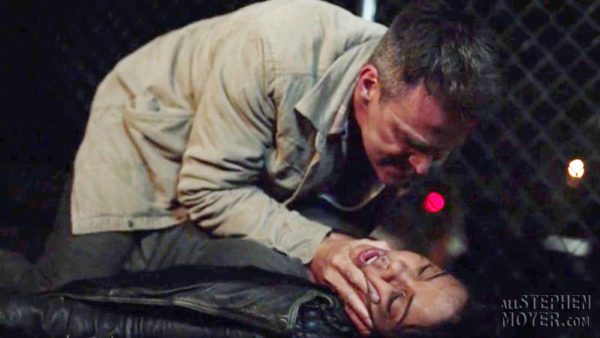 In tonight’s episode titled, “Rock Bottom,” Preston and Ashe use a potential murder weapon in the Joey Campbell case to identify the culprit; an altercation erupts from growing tensions between the investigators and the Sheriff’s department; Preston makes a rash decision in the Jesse Carr case. Lt. Breeland and Ashe have a confrontation which doesn’t end well for Breeland.

TELL US WHAT YOU THINK OF HOUR 8 “ROCK BOTTOM” BY LEAVING A COMMENT BELOW!

Below are a few screencaps of Stephen Moyer from the Photo Gallery for Season 1, Hour 8: