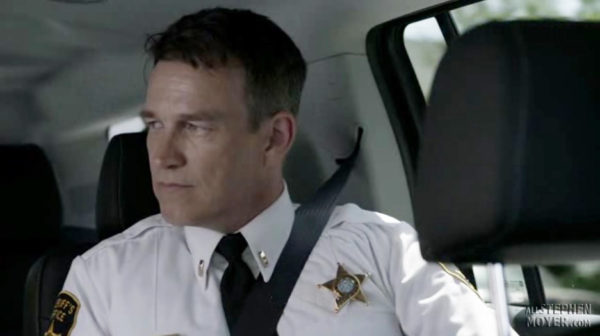 In tonight’s episode titled, “Content of Their Character,” Preston is determined to find the truth about what happened the night Joey Campbell died when the district attorney sends a new team on the case. Officer Breeland was also a busy cop escorting the governor, intimidating Ashe and then having a somewhat puzzling interaction with Sheriff Platt.

We also got to see the aftermath of the battle that took place in hour 6 and learn more about the mystery revolving around the death of Jessie. This is all happening when Ashe and Preston only have a week to figure it all out.

TELL US WHAT YOU THINK OF LAST NIGHT’S HOUR 7 “CONTENT OF THEIR CHARACTER” BY LEAVING A COMMENT BELOW!

Below are a few screencaps of Stephen Moyer from the Photo Gallery for Season 1, Hour 7: