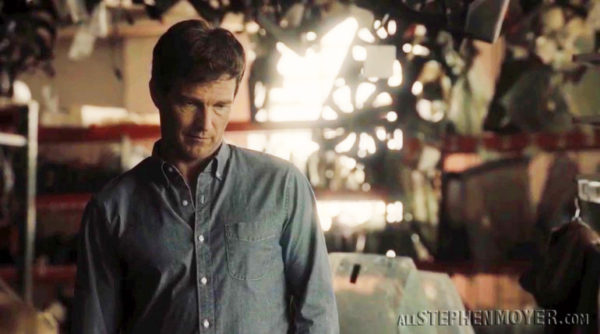 Politics seems to be seeping into everything and The Gifted is no exception. While those behind the production of The Gifted try to be sensitive to these very political fraught times, it’s pretty apparent that there are certain scenes from this season that they felt were just too hot to handle. As a result, one scene was cut. Read a review with Stephen Moyer and Natalie Alyn Lind where this “scene with children in cages” was removed.

The Gifted star Stephen Moyer has reflected on the similarities between the X-Men spin-off and real life, sharing that there was one scene in particular in season two that was cut for being “too close to the bone”.

In an interview with Digital Spy, Moyer considered the metaphor of mutants as minorities and admitted that it’s a hard metaphor to “miss out on”.

“I mean, I think by the very nature of the metaphor, it’s very difficult to avoid it,” he said. “Because whether it be race, religion or sexuality or whatever, or being born on the wrong side of the border, or whatever it is, it’s difficult to miss out on.”

Stephen continued to add that there was one scene in particular that involved children “being held in cages” that was ultimately cut out following the introduction of a new US policy that separated migrant children from their parents, with reports stating that the separated children were being ‘kept in cages’.

“That was in the story. And then that happened in real life. And because it felt like it was too close to the bone, it was removed. So it’s very interesting how sometimes we blur the lines between what was happening in the real world and what isn’t.”

And while Stephen also added that The Gifted isn’t there “to represent politics as a piece of entertainment“, his co-star Natalie Alyn Lind – who portrays Lauren Strucker in the show – revealed that she thinks the sequence should have been kept in the new season.

Set in a universe where Xavier’s school has “been dismantled” and mutants have gone underground, The Gifted sees persecution of those with powers at an all-time high, while season two focuses in on the different approaches in the fight for the mutant’s civil rights.