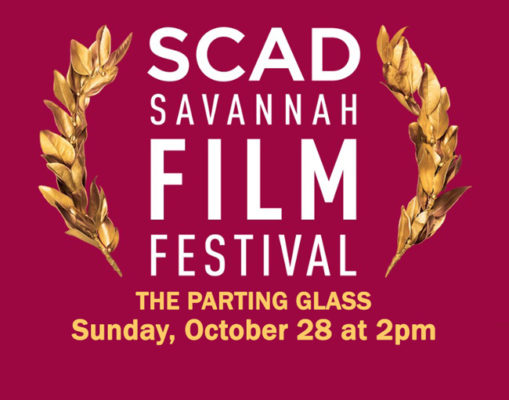 Savannah College of Art and Design will celebrate the 21st SCAD Savannah Film Festival from Oct. 27- Nov. 3 and, as we previously reported The Parting Glass will be screened.

A key stop on the Oscar festival circuit, SCAD Savannah Film Festival will screen a total of 164 films. These films include 33 narrative films, 16 documentary films, and 115 shorts, more than any year before. The festival will kick off on Saturday, Oct. 27, with the Opening Night Gala Screening of “Roma,” directed by Alfonso Cuarón. The actresses from the film, Yalitza Aparicio and Marina de Tavira, along with producer Gabriela Rodriguez, will be in attendance.

WHEN WILL IT BE SHOWN?

The Parting Glass will be screened the following day and time as part of the non-competition “signature” series of films shown on Sunday, October 28 at 2 pm.

We believe that Stephen Moyer, Anna Paquin, Denis O’Hare, Cerise and Mark Larkin will attend, but we’re not 100% sure at this time. We’ll be sure to update you if we confirm their attendance.

This year, SCAD partnered with Entertainment Weekly as a media partner for SCAD Savannah Film Festival. In this role, EW will program and moderate select talent panels, which will be announced prior to the festival. EW will also host their video studio on-site, where talent will stop by to create exclusive video content that will run across EW’s digital and social platforms.