In an interview with TVLine Sam Trammell was asked about working with co-start and director Stephen Moyer.  Episode 5.08 asked a lot of Sam, but Stephen was supportive as ever.

It was so fun. We’re all friends and Stephen is such an easygoing guy. He was so well prepared — you would never have known it was his first time directing the show because he was so at ease. He knew what he wanted, and that’s half the job right there. So, it was great. We kind of figured it would be like that. He has a really good rapport with the crew, and we had some laughs and had a good time. He was really supportive. I just knew it was going to be a hardcore episode for me, but I love it. I love doing that stuff. 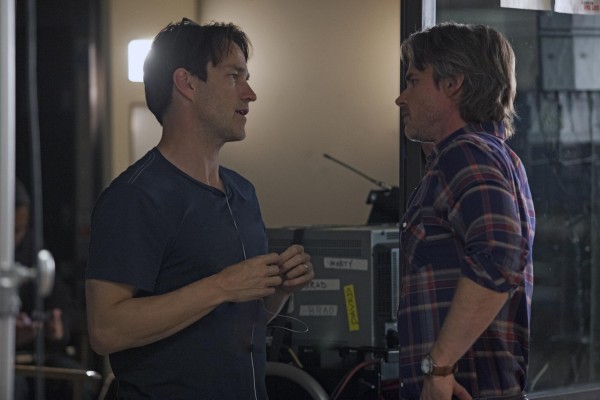