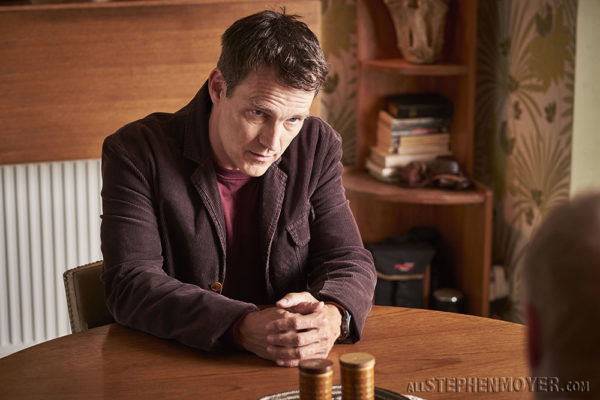 Below are “excerpts” from an interview with buzz.ie where Stephen Moyer talks about taking over the reins from Christopher Eccleston in Safe House Series 2 for ITV. The show premieres on September 7 in the UK and includes four episodes, so it will run throughout September. There is no news as to whether it will run in the US, but keep watching our site for updates. 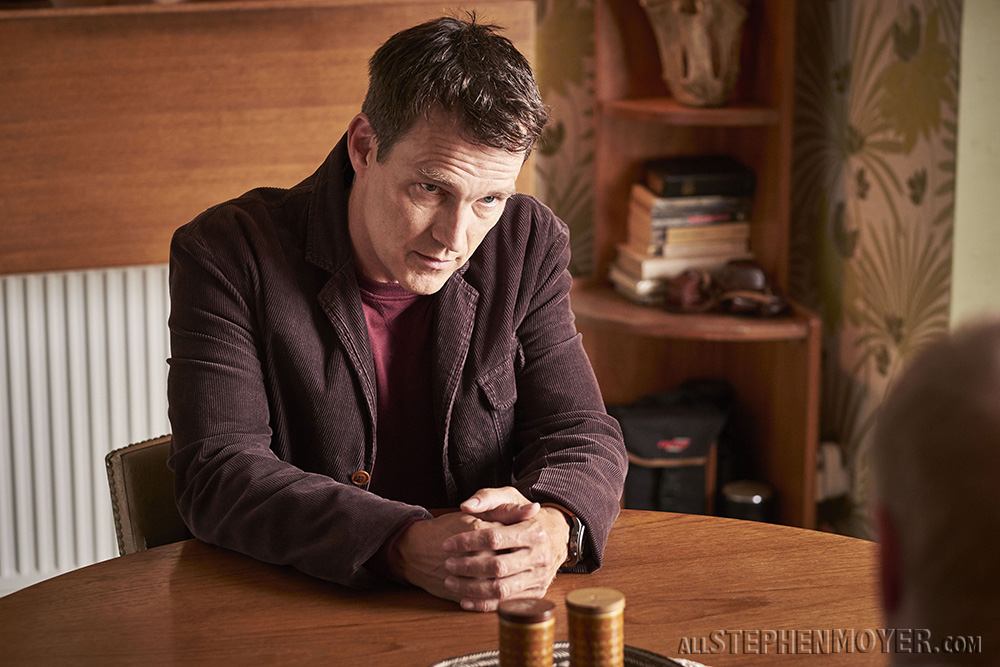 YOUR CHARACTER IN SAFE HOUSE TOM IS DESCRIBED AS CHARISMATIC BUT IMPULSIVE – HOW DID YOU FIND HIM?

He’s been away from this police work for a while and he therefore has sort of divorced himself from it. And then literally, there’s a switch that gets switched back on again which is this case, this crow case, which brings him back.

I wanted to make him a little bit more studied, a little bit more mature and hopefully that younger version of him, that was part of a case then, has learnt and will try to be something different this time, and more measured perhaps.

I think this case is something that haunts him, that he thought he’d been able to get away from, remove himself from – but ultimately is still very much part of his psyche.

ARE YOU DRAWN TO THE MORE DARKER SUBJECT MATTERS?

I think I am. But often it’s not what you choose, it’s what kind of comes to you. The last job I did was about teenagers getting shot in North Carolina, which is obviously a big thing in America at the moment, and I was really drawn to that.

They were approaching it in a very fresh way where they’re not sort of lionising or or make anybody heroic, it’s a very warts and all approach – which I was quite interested in.

I’m quite light really, in me – I’m quite a sort of buoyant optimist I think (some would say stupid) – so it’s weird that your sort-of screen persona finds its way…you know, Bill in true blood was quite a sort of haunted chap. But I don’t say ‘I’m only going in for haunted chaps guys’ – it’s not something that you say to your agent.

CLICK HERE TO SEE OUR PHOTO GALLERY FOR SAFE HOUSE

CLICK HERE to read the rest of the interview where Stephen discusses growing up in Essex and the differences between US and the UK.