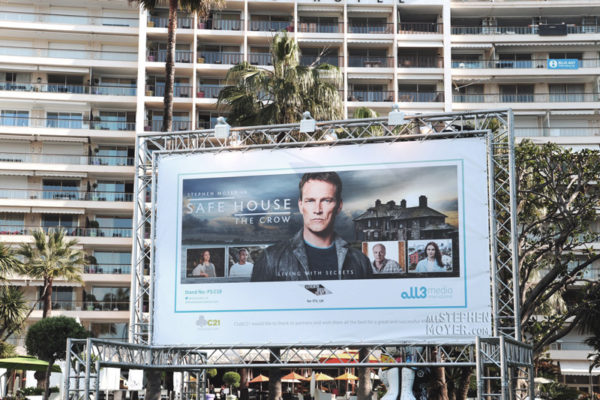 Note the photo below of the giant billboard of Stephen Moyer in Safe House as it takes over the famous La Croisette Cannes!

Could this mean that the series will soon be televised? Is it showing there? Any news is great as we know that Steve is the star of the series, so lots of Steve will be seen.

We’ll do our best to keep you informed of when the series will be shown in the United Kingdom. No word yet if it will be seen in the USA.