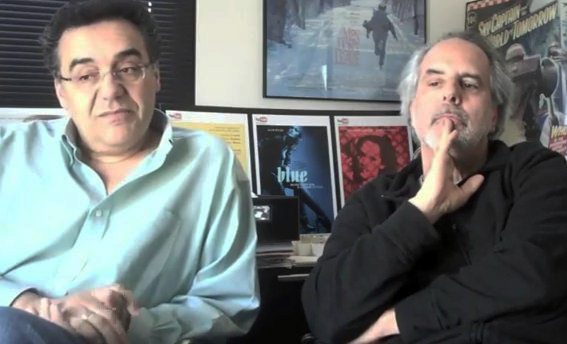 Look behind the scenes of Stephen Moyer’s new film, “Jan” and learn about its production with the creators of the new concept which is “WIGS.” Rodrigo Garcia and John Avnet talk about how they decided to make the new series featuring women and how they want to make “good film.” They discuss how this new concept of making films for the web is groundbreaking and how getting feedback from the audience immediately and the experimental nature of the media is exciting.

Rodrigo Garcia and Jon Avnet talk about why they decided to make the new series about women on the web.

WIGS is a brand new YouTube channel created by filmmaking masters Jon Avnet (Black Swan, Fried Green Tomatoes) and Rodrigo Garcia (Albert Nobbs, Mother, and Child), that emphasizes female-led web shorts and series. “Each face tells a story” and with over 98 episodes in the can, showcasing the talents of actors as various as Jennifer Garner, Jason Isaacs, Julia Stiles, Michael C. Hall, and Dakota Fanning, it seems pretty certain that WIGS has a little bit of something for everyone. Impressive talent, exciting narrative, new media, and some sexy male eye candy: there’s certainly enough to peak the interest of anybody with seven minutes spare.