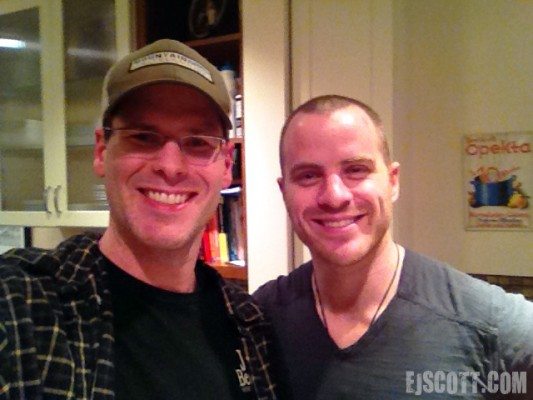 Check out the latest podcast from EJ Scott. This time, EJ’s guest is Rob Kazinsky known for his appearances in Pacific Rim and East Enders in the UK. Also, he was most recently seen in “Pacific Rim” and has just been cast in the films, Warcraft and Kingdom of Rain.

True Blood fans know Rob best as “Ben”, aka Warlow in Season 6 of True Blood. Listen to hear Rob talk about how he got the part on True Blood, (at about 1:25) what it was like to work with Anna Paquin and how much he enjoyed it. He did mention that it was a bit difficult being tied to a gravestone for several episodes and how Anna teased him about it.

He also praised Stephen Moyer.  He said that being a fellow Brit, Stephen took him around the set the first day and he appreaciated that very much.  He also thinks that Stephen Moyer will be a great director.

He enjoyed working with him and said:

Rob also discussed his sex scenes with Anna and that he spoke to Steve about it before the first scene was shot and Steve replied:

“Don’t be stupid, just act man, it’s your scene, she’s great, your great and just do it.”

Now, that to me really sounds like Stephen, don’t you think?  Love it!!!