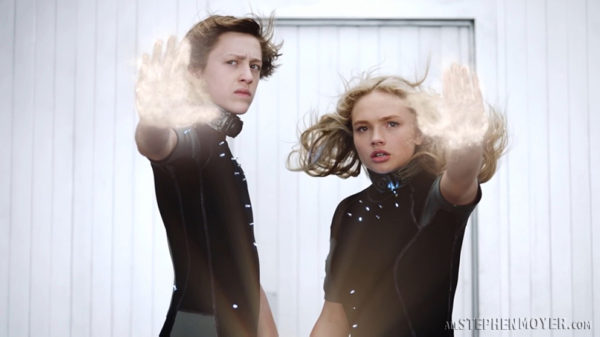 In this week’s fall finale episode of The Gifted, titled, eXploited, we saw some really shocking deaths including of a member of the Mutant Underground.

We also saw what appears to be the beginning of Esme’s relationship with Trask Industries. Watch the video below where the mayor gets a call from Sentinel Services that mutants are infiltrating the campaign.

Last week’s episode ended with Lauren, Andy, Clarice/ Blink, and Sonya/Dreamer captured by Sentinel Services after attempting to free the other mutants trapped inside. They were then transferred to the care of Dr. Roderick Campbell (Garret Dillahunt), who has an interest in the mutant siblings and their connection to their great-grandfather and his sister. 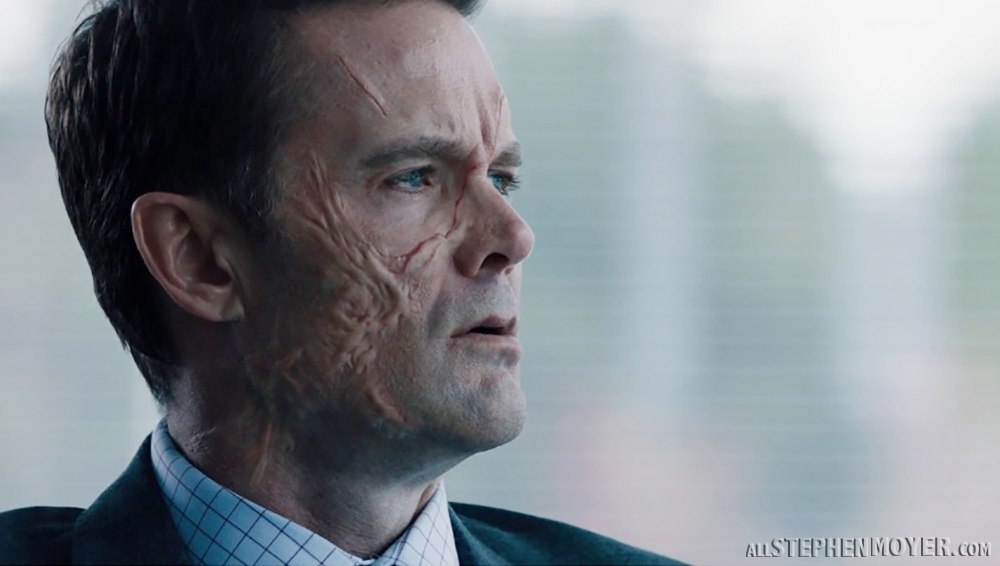 Back at mutant headquarters, no one can agree on what to do next. Reed and Caitlin disagree with going to fight the mutants because that didn’t turn out well before. They decide to take matters into their own hands. 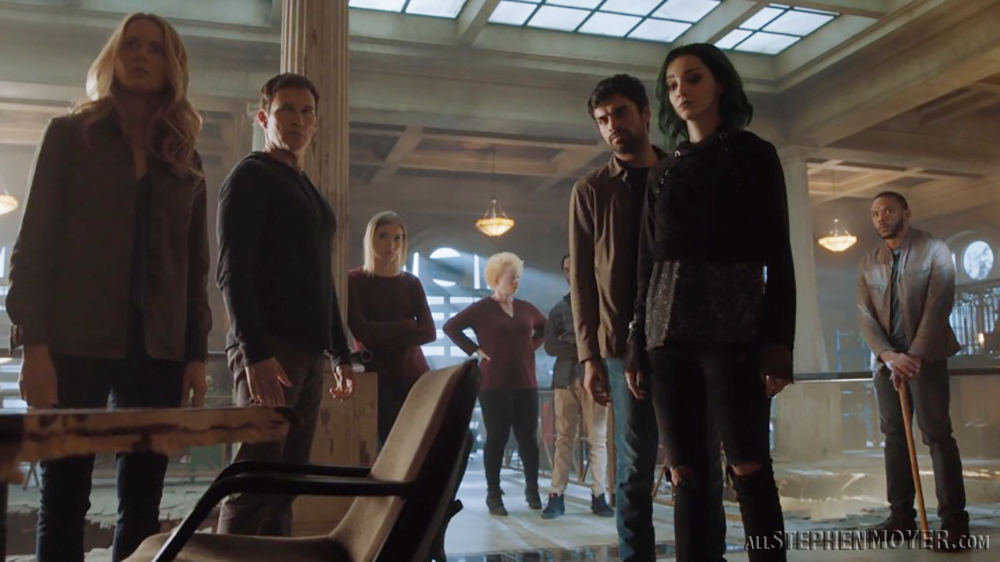 Watch the big argument at the base camp below:

Reed and Caitlyn decide to go out on their own and plead with Jace to have mercy on his kids. 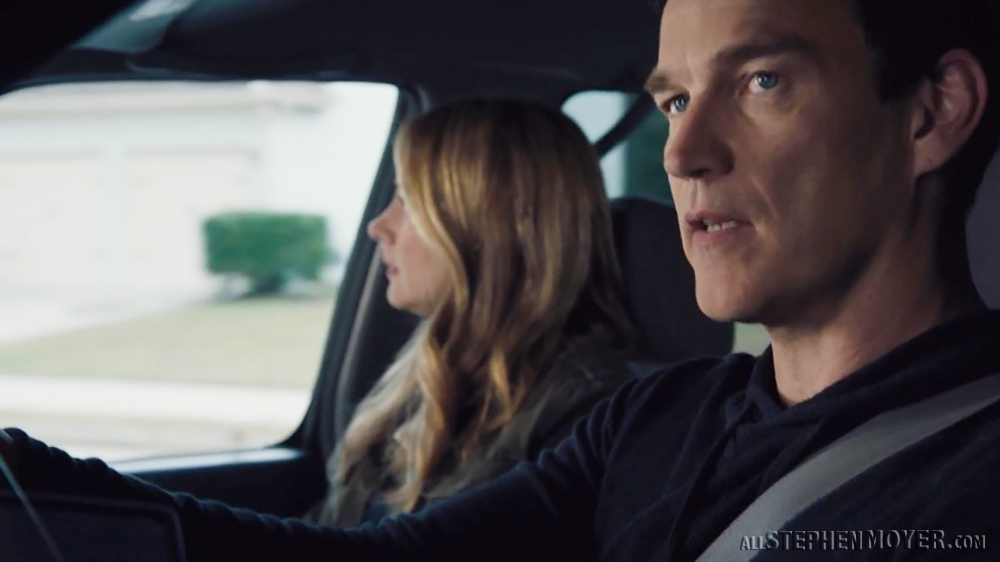 After arguing at length with Jace and his wife, Caitlyn decides to make one lasts plea.  She says:

The program our children are in, I’ve seen what it does first hand. They pump the mutants full of drugs until they are hopelessly addicted. They are given mental conditioning so that they have to do what they are told and then they are sent to kill everyone they love. They may be alive but that’s worse than death. 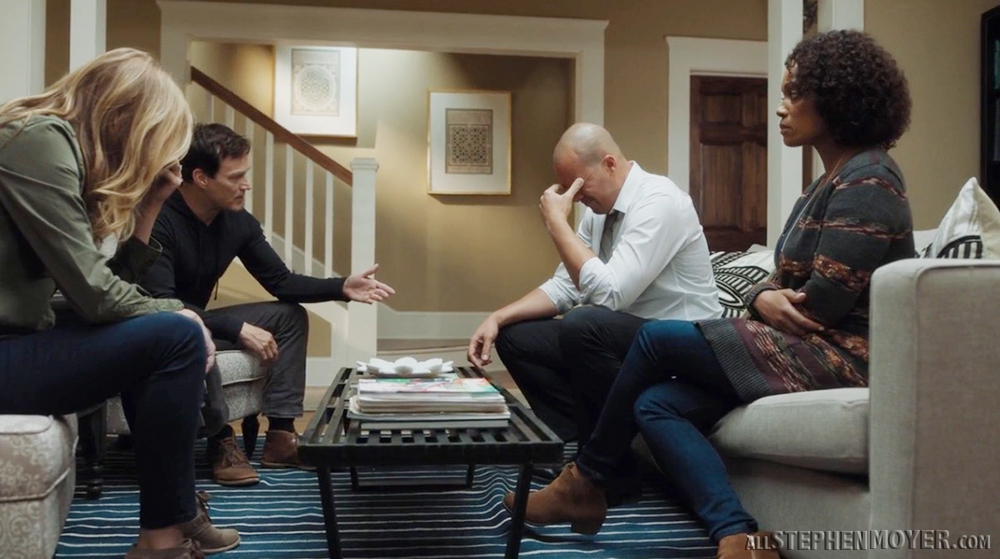 The couple leaves and unconvinced by what Caitlyn has said, Jace stands up ready to get into action.  Jace’s wife stands up and stops him saying:

“baby what are you doing’ in our little girl’s name?”

This gets to Jace who now decides that turning over the mutants to Trask Industries was a mistake and he moves to get them back to Sentinal Services if for no other reason than to save their lives intact.

We also found out last week that when the Von Strucker twins held hands they unleashed a terrible power which they used for evil purposes. Lauren and Andy have this same power, including the ability to see as one and show destruction so strong they have not been able to use this powers to its full extent yet.

Watch Andy and Lauren are stuck in a jail cell and try to figure out what happens next.

In an attempt to force Lauren and Andy to use their newfound powers, Campbell threatens to kill Blink and Dreamer. When the siblings don’t comply, the doctor shoots and kills Dreamer. 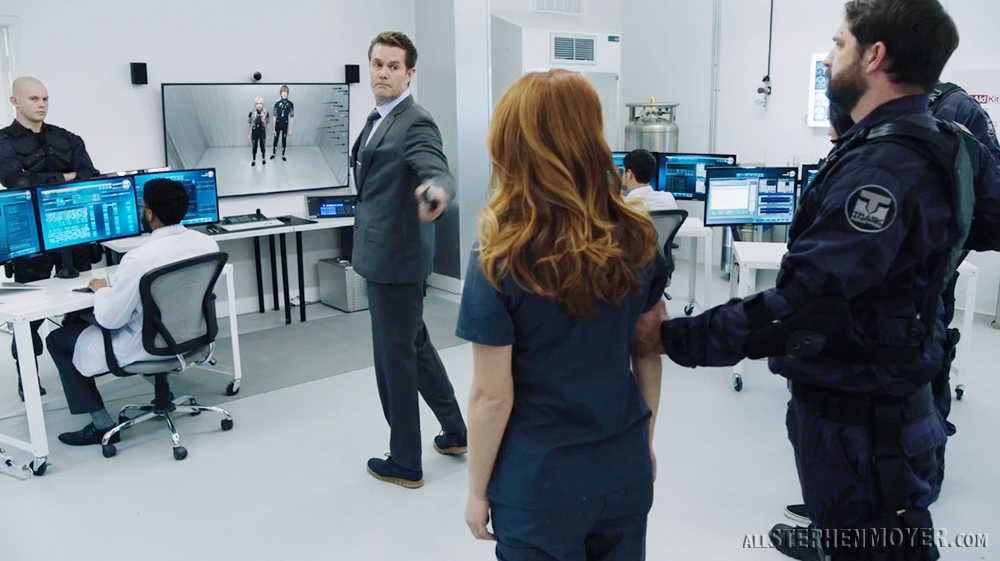 While Jace Turner (Coby Bell) has proved he is a character who can be reasoned with, Campbell is not the same. He is ruthless in his pursuit to cure all mutants- but what that means yet is uncertain. Somehow his plan involves measuring the abilities of Lauren and Andy, at any cost.

After watching their friend die, Andy and Lauren have no choice but to do what Campbel wants.  They hold hands revealing their powers and their powers destroy the cell where they are held. 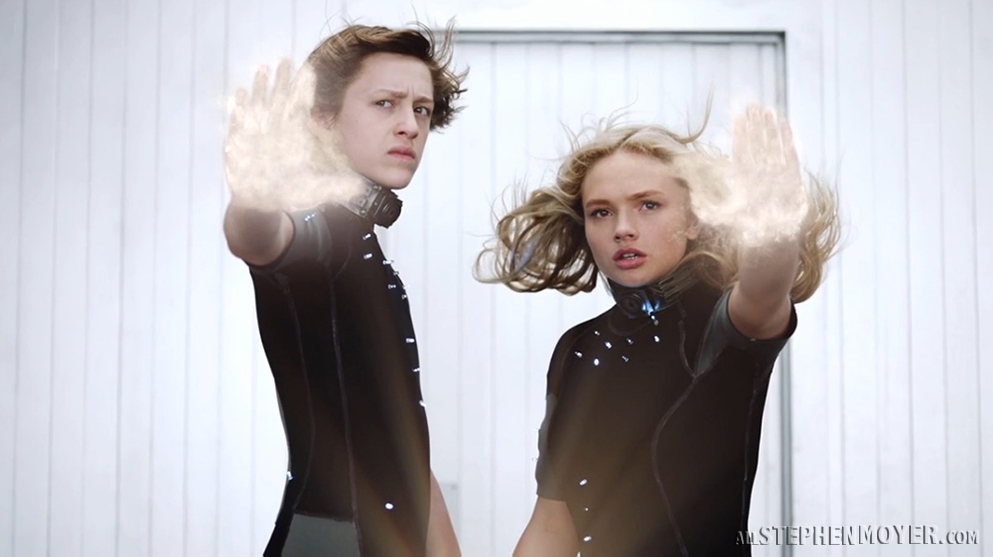 The end of the episode saw the rescue mission (which Reed and Caitlyn did not want) happen.  This effort was a complete failure, with the members of the Mutant Underground still in the dark about the fate of their fellow mutants inside Trask Industries. When things start to go wrong, they discover Esme has betrayed them and she seems to have mutated into triplets. We don’t know for sure if Esme is an innocent in all of this, or if she is participating, but I’m guessing she is being used like the earlier mutant friend who was used by Trask in an earlier episode.

However, you could still argue that after killing all the Sentinel Service agents she might be working on a different agenda all her own. And now that Esme is reunited with her other two Cuckoo siblings she’s more dangerous than ever.

When Sentinel Services arrives Jace and his crew is met by Esme and her mind control. She makes Agent Weeks (Joe Nemmers) shoot himself as Turner watches helplessly. In the end, the mutants have escaped their shackles and once outside the van they are shocked by what has taken place.  We don’t know for sure if Jace has lost his sympathy for the mutants or if he suspects Trask Industries handiwork displayed by Esme’s actions. Personally, I believe that it’s Trask behind all of it. Dr. Roderick Campbell obviously wants Sentinel Services to think that it’s the mutants they should fear when it’s so not what is true. 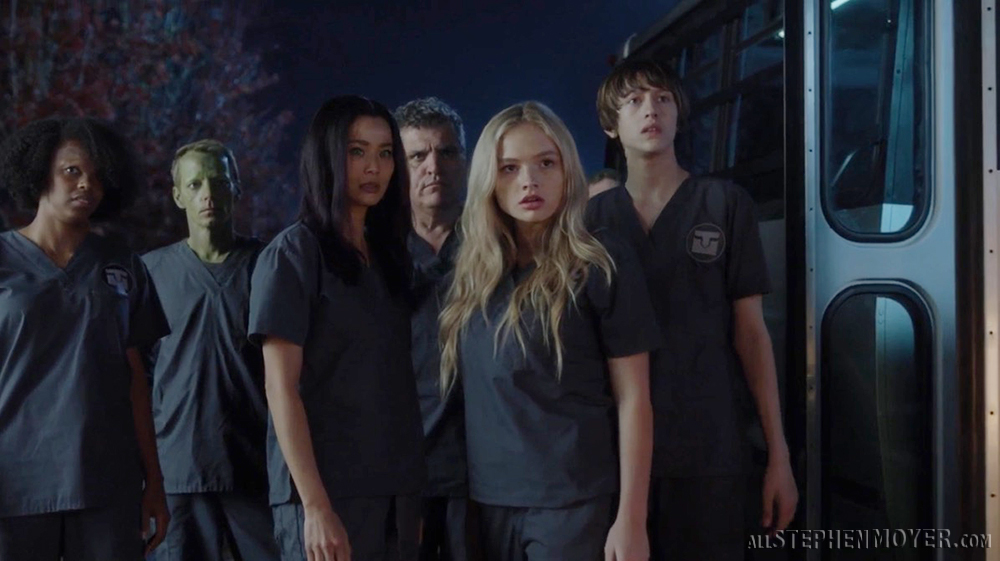 Who is Esme? She is said to be one of the Stepford Cuckoos that was first seen in the comics.

Watch the two videos below which provide you some history:

Every week, more and more layers of this series are slowly unfolding. I tend to believe that Esme (and her sisters) are pawns of Dr. Campbell and that somehow in the finale, Jace Turner will realize he is evil (if he hasn’t realized it already).  Still, because of the history of Esme’s character in the Marvel comics, I’m really unsure that I’m right.

What do you think about Esme and Dr. Campbell? Has Jace seen the light or has he been convinced that the mutants did all of this destruction?

I’m hoping that by the end of the season, this will be worked out and the Strucker kids get reunited with their family.  Sadly, it seems to me that just as the show gets more and more interesting the season will end. Still, that I suppose is the “hook” to get us watching a season 2.

The next episode of the Gifted will be seen on January 1! Will you be watching?

See more screenshots in the photo gallery by clicking on the button below.

More Photos in The Gifted 1.10 Photo Gallery
The Gifted Season 1