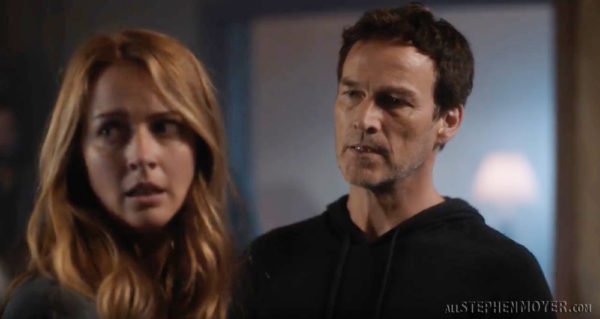 In this promo for The Gifted episode 5, we see Reed’s family come to his defense when he is confronted by the mutants.

Finally, Reed is back with his family, but there’s a slight problem. His past life as a prosecutor and then, by almost helping Sentinel Services, it seems that he is not to be trusted by the Mutant Underground.

After that fails, Reed tells Caitlyn that he is guilty of what they suggest and he will work it out. Presumably, he will be able to convince them that what he almost did was what he thought would be saving his family. However, in episode 3, after being in the van with the mother and child he realized that he couldn’t go through with it. Then, when incarcerated with Polaris he learned, even more, how horrible Sentinel Services treats mutants. So, while we don’t get to see how Reed will get out of this current episode 5 dilemma in this particular promo, we’re pretty sure he will! He is a prosecutor by trade after all!

The next episode of The Gifted titled, “Boxed In” will air on Monday, October 30.  Watch the promo for this episode below:

Two nice screenprints from the video are below:

source: The Gifted on Youtube.com