On The Vault we are doing a fun end of the True Blood Season Giveaway.

To say farewell to season 5 in style we are holding a Finale Giveaway with signed True Blood prizes.

The contest is open for fans worldwide and ends on August 25 at 11.59pm EST.

Send in your entries on The Vault here:
http://www.trueblood-online.com/?p=105834 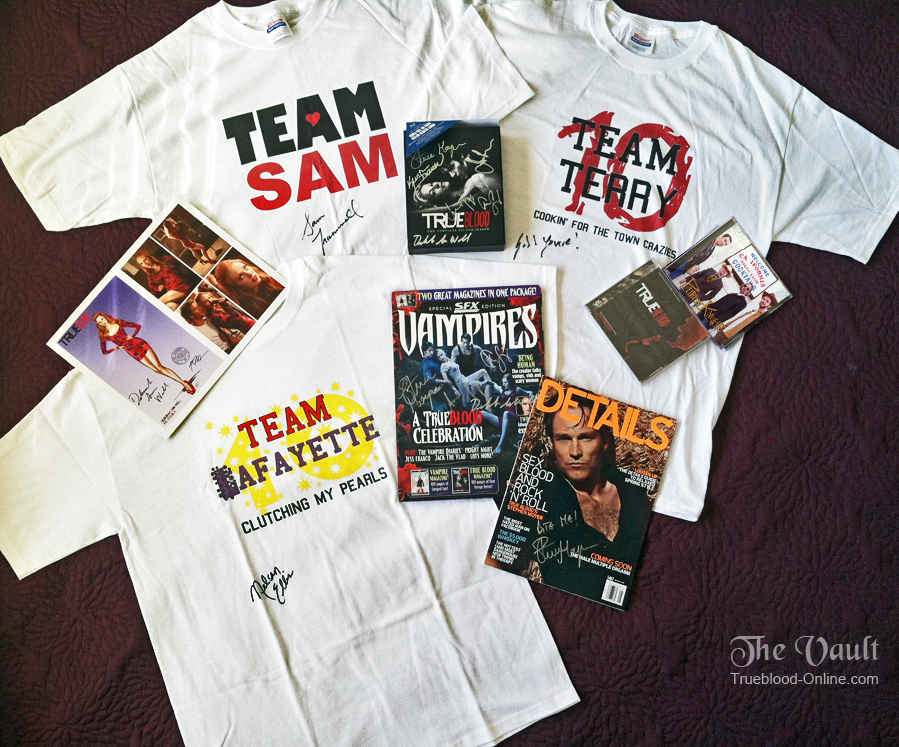