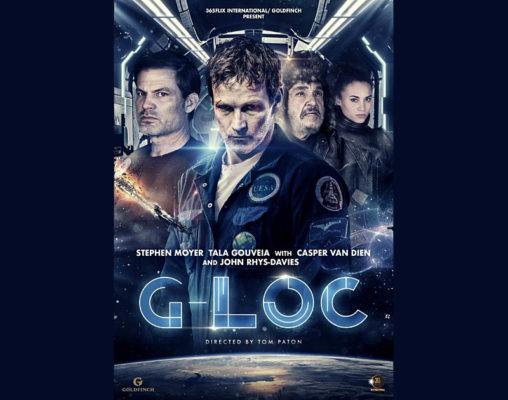 365 Flix International is the company that is producing Stephen Moyer’s upcoming film, G-Loc and now, they have released the film’s poster. Stephen Moyer shot this film last year and he stars along with Tala Gouveia, Casper Van Dien and John Rhys-Davies.

See the poster featuring Stephen as the star below: 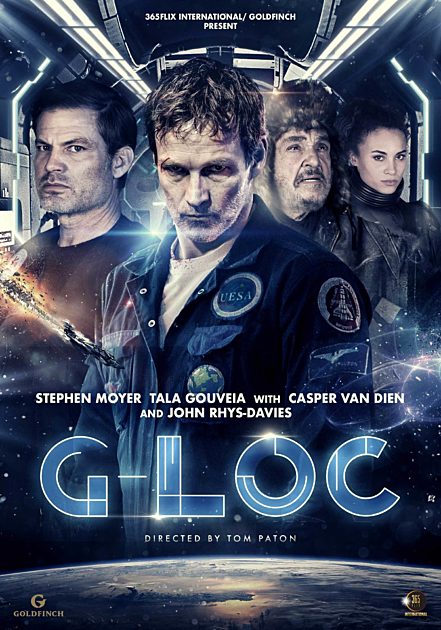 The film’s producers are Philippe Martinez and Alan Latham.

Some of the cast joining Stephen in the film are:

SYNOPSIS of G-Loc is as follows:

G-LOC is a timely story about what it means to be seen as equal by others, using the trappings of science fiction to take a deeper look at the problems of immigration on both sides of the argument, whilst also capturing a mood and tone that has mass-market appeal.

No one knows where The Gate came from, it just appeared above the Earth’s orbit, as if sent from some higher power that knew we needed help. Its purpose was clear though, it was a wormhole. A way of reaching a new home that the early settlers would call Rhea. Time moves differently through The Gate, however; with every one year on Earth that passes, eighteen go by on Rhea. Generation after generation grow old on Rhea whilst those on Earth face a very imminent threat.

After sixteen years, Earth is on the brink of collapse as it sinks into an ice age. The mass migration through the gate begins, but things over there have changed drastically. The descendants of the early settlers have decided that Rhea belongs to them and they do not want the flood of migration from Earth coming their way. A space blockade is set up and all Earthers attempting to reach the surface of Rhea are shot down. Instead, they are redirected to a giant refugee station near the gate and forced to wait. Political opinion on Rhea is divided but so far, no resolution is in sight. This has continued on for another sixteen Earth years (two hundred and eighty-eight Rhean years).

This is the story of Bran, an Earther destined for a bigger and better life in the new world, and his fight to make it down to the surface and attain the life he promised his parents he would. All that stands in his way is a Rhean called Ohsha and a damaged space ship that could change everything.

Learn more about the film by clicking here.

To see all the posts we’ve made about G-Loc so far, just click here.

The director Tom Paton was recently interviewed about his last 5 films which he made in 5 years.  He doesn’t talk about G-Loc in this particular podcast but does talk about his previous films and his writing and filming process.