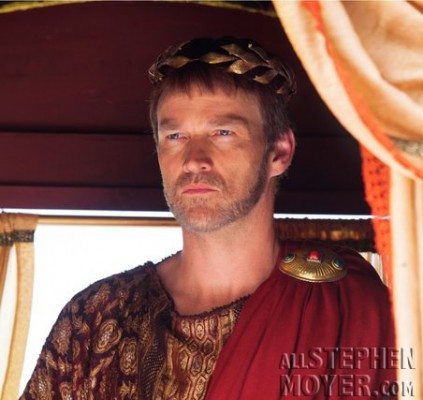 Below is the first “official” photo of Stephen Moyer in character as Pontius Pilate in the National Geographic Channel’s “Killing Jesus.” 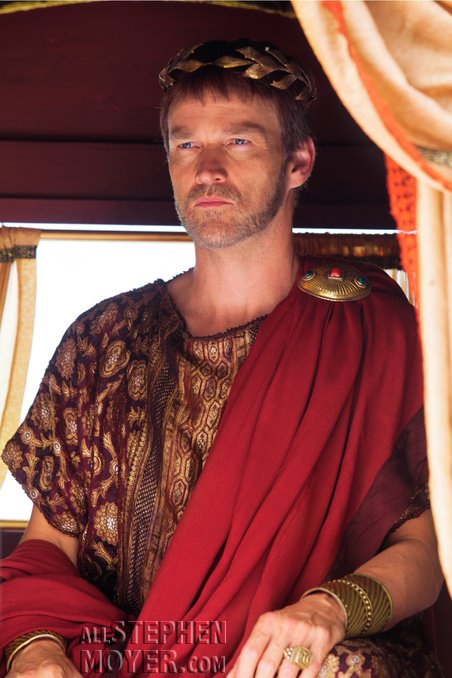 The third NatGeo adaptation from Bill O’Reilly’s “Killing” series is directed by Christopher Menual and written by Walon Green and its cast is about as eclectic as one could possibly imagine, featuring Vampire Bill (Stephen Moyer as Pontius Pilate), Gimli (John Rhys-Davies as Annas), Sloan (Emmanuelle Chriqui as Herodias) and NBC Motorcycle Doctor (Eoin Macken as Herod Antipas).

“Killing Jesus” premieres Sunday, March 29. The three-hour telefilm will premiere in 171 countries in 45 languages as announced by National Geographic.

And, here are the first pictures of other”Killing Jesus” stars/characters.

Be sure to check out our Movie & TV Page for this film which includes all the information about this project by clicking on the image below.