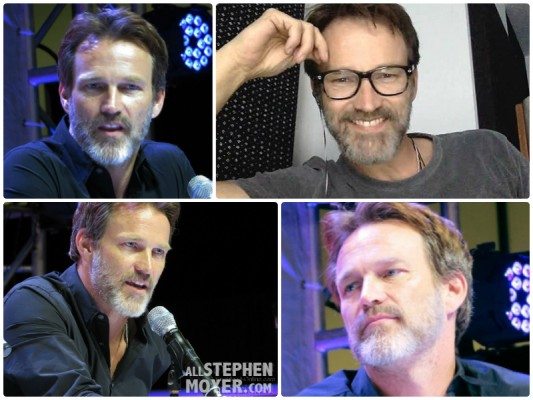 Stephen Moyer sports a full beard for his role of Dr Ronald Hamilton in the NFL concussion film directed by Peter Landesman. During the exclusive interview that we did with him the other day he admitted that there was a bit more gray in it than he had expected…. time goes by, dear Steve.

The opinion of the fans about Stephen’s beard vary from “I LOVE IT!” to “I HATE IT!”, so we thought it was time for a poll to determine how we all feel about Mr. Moyer’s facial hair.

This is the time to make your voice heard!