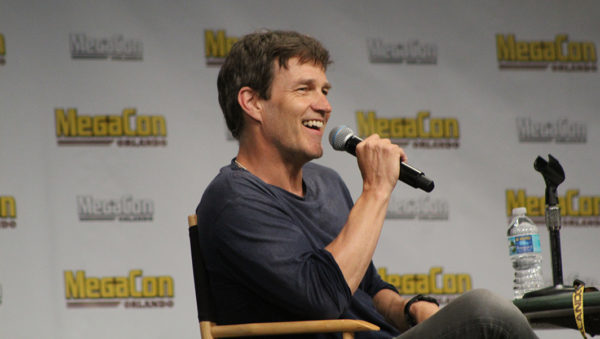 Below are some photos of Stephen Moyer’s appearance at MegaCon 2018 this past weekend in Orlando. The photos are here courtesy of Kevin Jan who took the photos and posted them on his website: Pop-Culturalist.com and we thank him for allowing us to use them on our site. 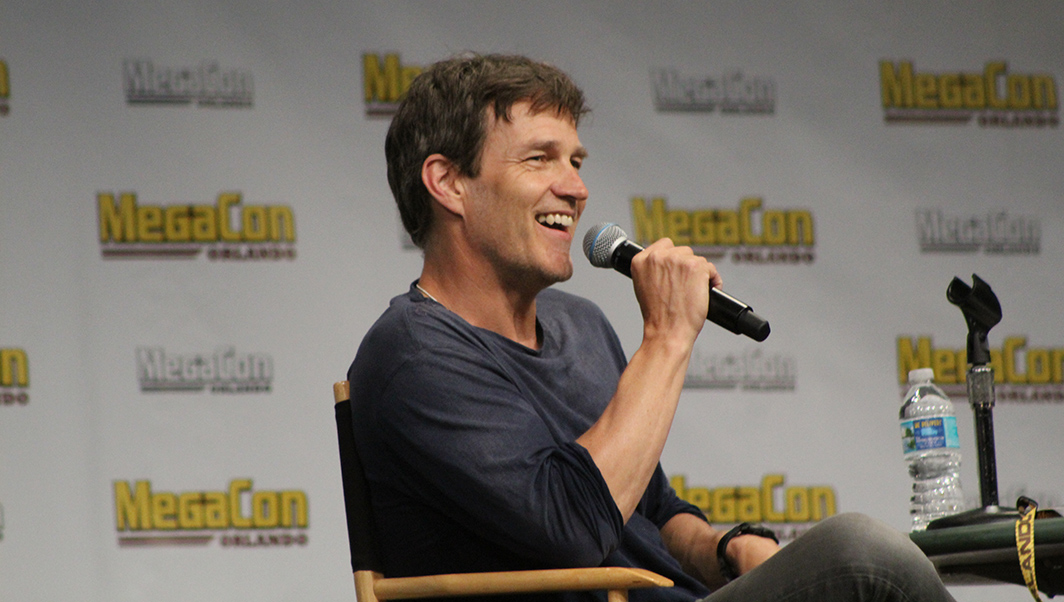 While Stephen has attended the Comic-Con Panel in San Diego every year for his TV shows, True Blood and now for The Gifted, he has never been to a convention like MegaCon before.

Kevin wrote about Stephen’s appearance at the Con as follows:

Stephen Moyer, star of True Blood and The Gifted, took center stage at last week’s MegaCon. In his first ever convention appearance, Stephen delivered one of the most memorable panels of the weekend. He delighted fans with fun stories from the set of True Blood and shared his thoughts on the upcoming second season of The Gifted.

Check out a few highlights below:

The Parallels Between True Blood and The Gifted
Stephen replies: “There’s a similarity in the framework of these shows where it’s about people who feel disenfranchised in society.”

How the Show is Different from the X-Men Film Franchise
Stephen replies: “What I liked about our show is that it’s about survival and not saving the world. It’s about the burden of having these powers. It’s a superhero show where you’re not allowed to be a superhero.”

Below are a few photos of Stephen on stage:

We hope to have more photos to share with Stephen Moyer fans soon as Kevin has been kind enough to say he might have a few more, so stay tuned!