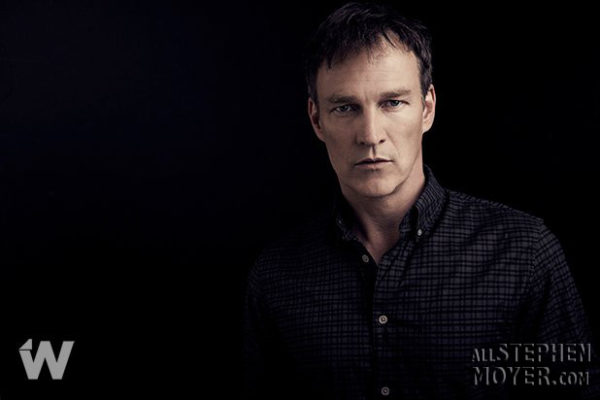 There’s talk that Stephen Moyer is being considered for a possible Emmy nod for his portrayal of Officer Breeland. We don’t know yet until the Emmy nominations are announced, but in an video interview below, Stephen Moyer talks about how he relished those moments when his character, Officer Breeland on Fox’s “Shots Fired” didn’t always keep his hands to himself and that he walks a “fine line.”

In the interview, he also praises his co-star Aisha Hinds who we remember playing Miss Janette on True Blood.

“My character walks the line of, ‘is he racist, or is he somebody who’s protecting his kids?’ You never quite know where he is or where he stands, and so he ends up in this very ambiguous place.”

One scene that was tough but also creatively fulfilling for Moyer to play was the one in which Breeland confronts an African-American football player.

“I have to grab him by the grill of his football helmet, and I had to be very hard on him and sort of push him around,” Moyer said. “Those scenes are sometimes quite difficult, but they’re also a lot of fun to do, especially if the actor understands that you’re playing the character, and it’s not what you believe. So they can often be the most fun because it’s about two actors coming together and having an enjoyable time.”

When often be the most fun because it’s about two actors coming together and having an enjoyable time.” 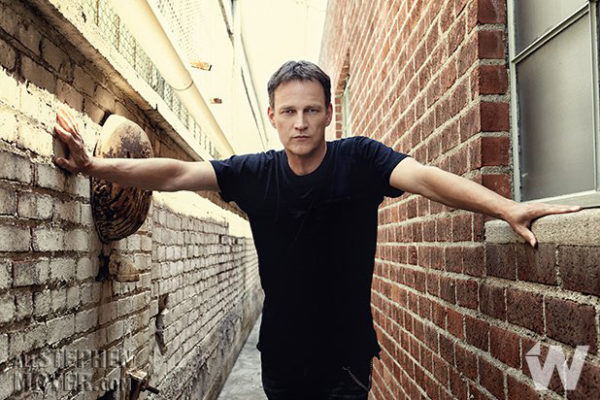 When asked if there’s another character he would also want to play, the “True Blood” alum went with Pastor Janae James (Aisha Hinds). “I’m going to pick Aisha’s character, the pastor, mostly because I want to be able to act like Aisha because she’s just a phenomenon,” Moyer said.

He also talks about why he is a total “binge watcher” of TV (I agree, by the way) and that he knew about Officer Breeland’s fate from day 1 and the cast didn’t know until they got the script for that episode.

Unfortunately, we have to wait until  July 13 when the Emmy nominations are announced at Television Academy to find out if Stephen gets a nod for an Emmy.  We think he should!

Watch the video below (click on the speaker in the video to hear the sound):