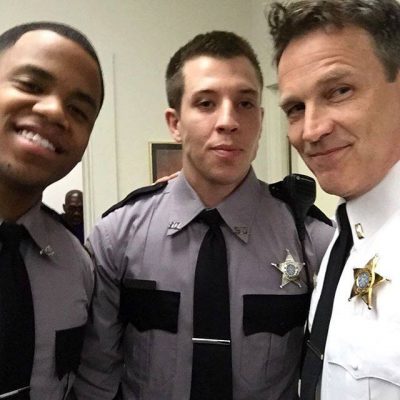 Tonight, Stephen Moyer is filming scenes in North Carolina as his character of Officer Breeland during a late night shoot for his upcoming series, Shots Fired.

About an hour ago, he posted the picture below of himself with fellow police officer cast members, Mack Wilds and Beau Knapp on his Facebook page saying:

At least Steve is used to late night shoots from his days of filming True Blood, but I wonder if a little vampire Bill oozes out when he speaks again in that lovely southern drawl? Are you curious to hear what Officer Breeland’s accent will be like? We are!!!

See the photo of Officer Breeland and his boys below: 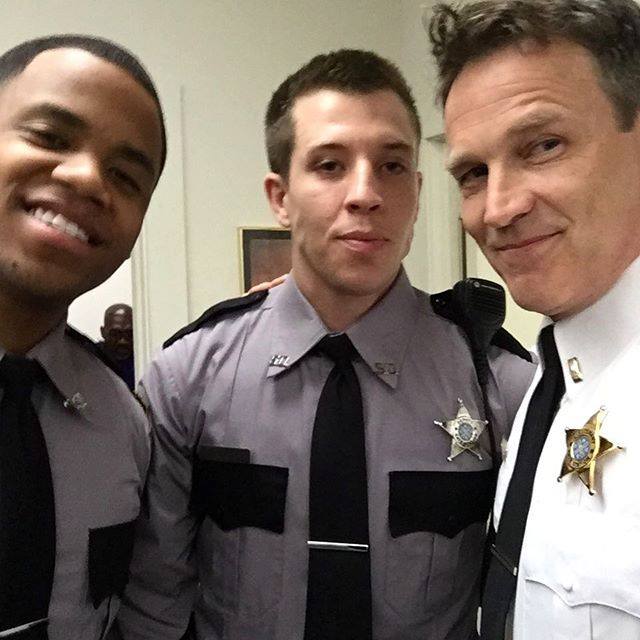 Click here to see more photos from the making of SHOTS FIRED.

Shots Fired is schedule to air sometime midseason in 2017 (approximately late February or March).  I have to admit that it’s going to be torture for us to wait that long to see Stephen Moyer on TV again!

And, just in, a cute video of Steve by Sanaa Lathan including Jill Hennessy who are also in the cast.

WATCH THE VIDEO BELOW.