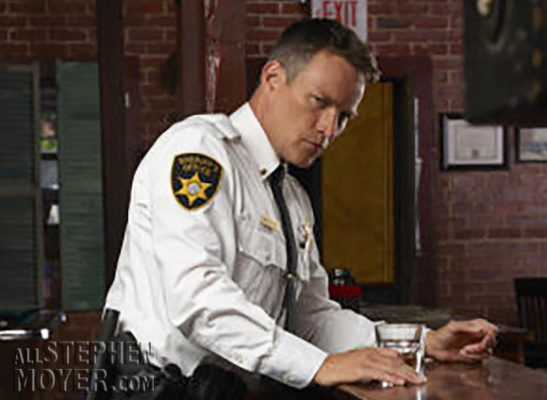 Variety thinks that there are two actors who have the chance of landing their first Emmy nom and the list includes two True Blood alums, Stephen Moyer and Alexander Skarsgård.

Variety came out with an article today about the the wide-range of supporting actors who might be up for Emmy’s this year. We were so happy to read that they would support Stephen Moyer.  We’d surely enjoy seeing Steve get his first Emmy, for his portrayal of the troubled Officer Breeland in Shots Fired.  There’s plenty of competition though, so it might be a long shot; still we have our fingers crossed!

Read below about Stephen’s reasons for accepting the role of Lt. Breeland in Shots Fired below:

Stephen Moyer on choosing his part of Officer Breeland

Stephen Moyer of Fox’s “Shots Fired” put it more bluntly, which is fitting as he played Bill Compton, a frequent rival to Skarsgard’s character in “True Blood.” Among other things he likes about his role of the meddling Officer Breeland, is that it has allowed him the time to direct his first feature, “The Parting Glass.”

“One of the first things journalists ask you when you get offered a job is what attracted you to this part? Well, I got offered it,” Moyer says. “But, as you get longer in the tooth, you get to pick and choose a little bit more. I was looking for stuff that was a little bit more interesting and also would take me away from what my safe area is or how people had seen me before.”

Moyer, who is British, also liked the concept of this limited series, which begins with the investigation into an officer-involved shooting of an unarmed man. It was provocative and taught him about a side of America that you don’t often see in scripted dramas.

“I come from a country where nobody has guns and it’s obviously a very different mindset,” he says. “I’ve lived here for 10 years and have worked here for 20, so it’s not like I’m new. But it’s taken me an awful long while to get my head around the gun issue here. As somebody coming in here and playing an American, and certainly a police officer, I do have a need to play it well and play it correctly. I think I feel it more deeply than somebody who is American [because] I feel doubly the pressure to get it right.”

To read the entire article, including the part about what Alexander Skarsgård says about his Pretty Little Lies role by going to: variety.com