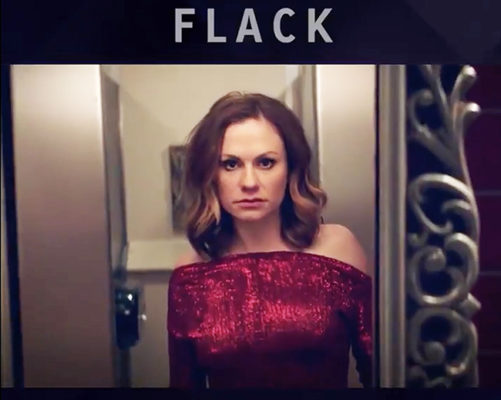 See Anna Paquin as a scandal fixer in new series Flack co-produced by CASM which premieres in the UK on the “W” channel and in the USA on PopTV in February. Her character is adept at keeping her client’s lives appearing in perfect order, while her own falls to pieces. 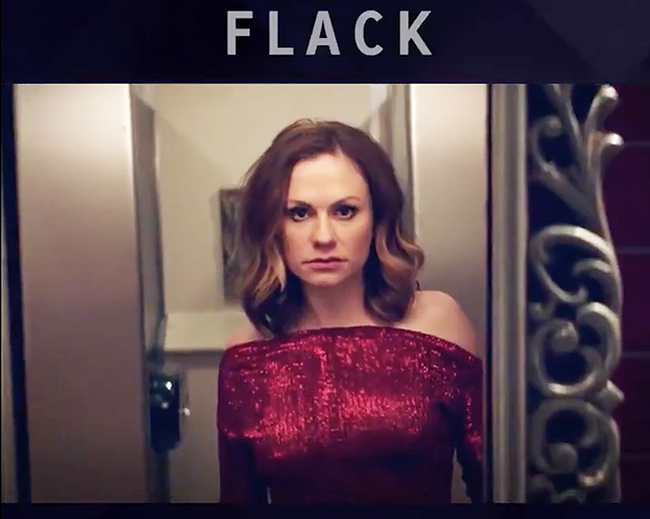 Below, Anna talke with Entertainment Weekly about the series:

ENTERTAINMENT WEEKLY: How would you describe Flack?
ANNA PAQUIN: It’s about an American publicist living in London who is exceptionally good at cleaning up other people’s messes, often in ways that are somewhat morally compromising. My character, Robyn, is an absolute disaster in her own life, sort of walking that fine line between chaos and sort of nervous breakdown most of the time.

What’s it been like exec-producing while starring on the series?
ANNA PAQUIN: It’s funny because even when I’m not the producer on a job, I’m very cognizant of what the factors and statistics are on any given day for production. I’ve never really been one of those actors that just kind of shows up on set and does my thing and then kinda goes, “Okay, bye!” you know? So it’s kind of just part of who I am on set anyway. It’s just nice being given credit for it. Being officially part of the conversation as opposed to having to come up with really tactful ways of trying to insert yourself into the conversation.

The show has a mostly female ensemble. Was that by design?
ANNA PAQUIN: The company my character works for is largely female-run and female-owned. The other main character on the show is my character’s sister [Genevieve Angelson]. So we have an amazing ensemble of incredibly badass, very talented women. There are wonderful boys in our cast, too, but it was a really amazing coven, sisterhood-type atmosphere where we all got very, very, very close. Everyone has each other’s backs in a wonderful way, and I think you get really amazing performances out of that environment.

Anna Paquin has got things handled on Pop’s new drama Flack — and EW has an exclusive look at the first full trailer for the series.

“We don’t use the word crisis… we call them challenges.”

Set in what Pop TV calls “the cutthroat world of celebrity public relations,” Flack is a six-part limited series starring Academy Award-winner Paquin as Robyn. It is described by the network as “an American publicist living in London who is an expert in her craft.  However, she is a complete self-saboteur when it comes to her personal life. Robyn’s work as a crisis PR strategist is fast-paced and unpredictable. Her job is to counsels ill-behaved high-profile clients in a world where problems can go viral in an instant.

Robyn, an American publicist living in London is an expert in her craft but a complete self-saboteur when it comes to her personal life. Robyn’s work as a crisis PR strategist is fast-paced and unpredictable as she counsels ill-behaved high-profile clients in a world where problems can go viral in an instant.

#FLACK .⁦@PopTV⁩ (in case you wanna watch the trailer without an annoying commercial in front of it for single use plastic products….) pic.twitter.com/z7Dlwrpr7i

SEE A LARGER VERSION OF THIS VIDEO BELOW!

Watch the promo for the series below:

See more photos from the Series that have just been released by clicking on the button below: