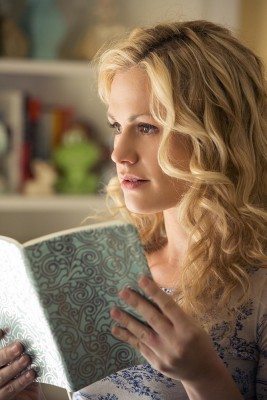 HBO has just released two new video clips from the upcoming Episode 2 of True Blood Season 7 – “I Found You.” Stephen Moyer as Bill is featured in the second video clip.

Below are photos from the episode – (sorry, no Bill photos this week):

See HQ versions of these photos in the Vault Photo Gallery.