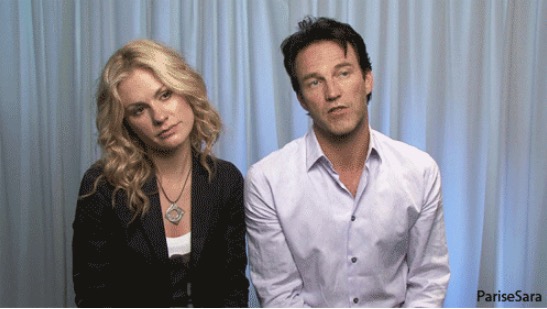 The fans are making so many animations lately that I just had to post some more. These GIF files have been added to the Fan Creations area:

This first one is taken directly from the Season 4 promo “Screen Test” and to quote Bill “is a particular favorite of mine“. This GIF animation is located in the Season 4 GIF area.

The next three animations can be found in the Other Animated GIF files section.

This one is so cute of Anna and Stephen from Comic Con 2009.  It really is true that you tend to take on each other’s body language when you are as close as they are.

Stephen in TV Guide from 2009, giving a typical look he has.

From his interview on Chelsea Lately, so funny!

Thanks to Parise for these gif files.