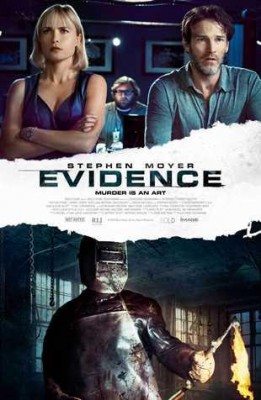 A newly released clip from ‘Evidence’ proves that this horror flick is not for the faint of heart. Watch what happens to True Blood actress Dale Dicky in the following scene.

The film will have a limited theatrical release in the USA on July 19th, but “Evidence” is now available for pre-order on Amazon.com. The DVD and BluRay will hit the shelves on August 20th. And it will be available on Video On Demand tomorrow June 21st.