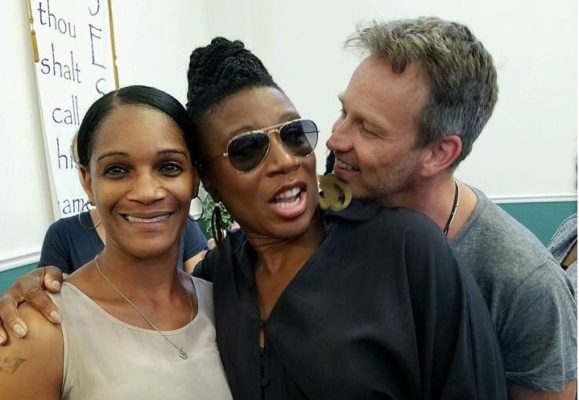 WE’VE GOT MORE SHOTS FIRED INFO FOR YOU FANS!

BUT FIRST, here’s a great pic of Stephen Moyer with two of his co-stars, Aisha Hinds and PatriceLinbarger-Summers on the set of “Shots Fired.”  Aisha Hinds who played Miss Janette on True Blood is very familiar to the show’s fans.

Shooting on the first ten episodes of the 10-hour event series which takes an explosive look at the criminal justice system has now completed. We don’t yet have a premiere date, but it’s been reported that it is expected to air sometime either in late February or early March, 2017. 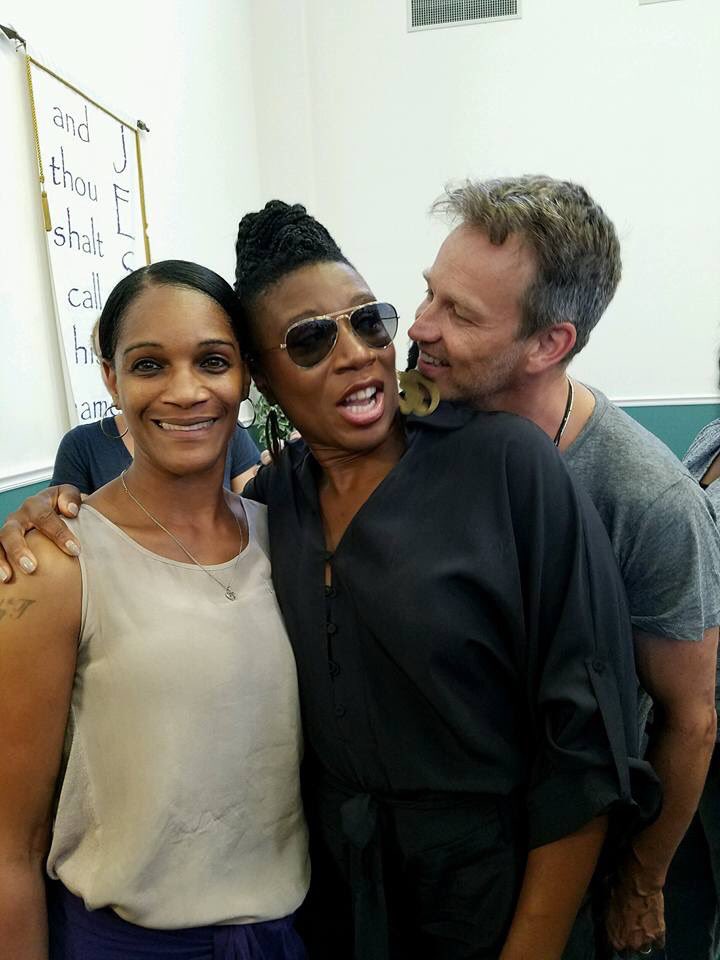 When an African American police officer kills an unarmed white college student, a small town in North Carolina is turned upside-down. Before the town has a chance to grapple with this tragedy, the neglected murder of an African American teen is brought to light, re-opening wounds that threaten to tear the town apart. Leading the Department of Justice’s inquiry into these shootings is seasoned investigator Ashe Akino (Sanaa Lathan) and a young Special Prosecutor, Preston Terry (Stephan James), both of whom are African American.

As they start to pull back the layers of both cases, they suspect a cover-up that may involve some of the state’s most powerful people, including fiercely political North Carolina Governor Patricia Eamons (Helen Hunt). She’s in a tough re-election fight, and the recent shootings in her state are making it even tougher. Meanwhile, real estate mogul and owner of a privatized prison Arlen Cox (Richard Dreyfuss), is pulled into the case, as LT.

Steve’s character of Eric Breeland is a seasoned veteran in the town’s Sheriff’s Department, gets caught in the middle of the investigation.

“Shots Fired” tackles the racial divide from all perspectives. As Ashe and Preston navigate the media attention, public debate and social unrest that come with such volatile cases, they learn that everybody has a story, and that the truth is rarely black and white.