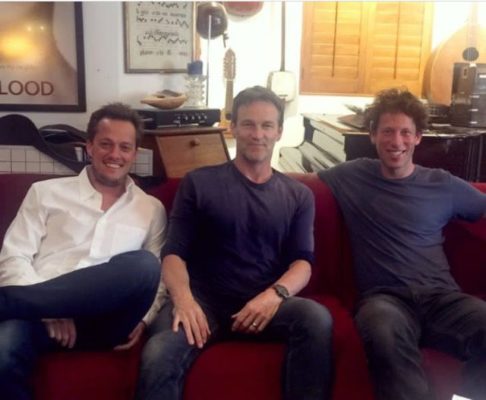 Below is a portion of an interview with Film Music Magazine where Nathan Barr talks about writing music for film and television.  He mentions the upcoming film, “The Parting Glass,” starring Denis O’Hare, Anna Paquin and directed by Stephen Moyer.

Nathan’s currently writing his latest voyage to the other side for the remake of the film “Flatliners, but speaks about his recent work on The Parting Glass for CASM Films in the excerpt below.

When Nathan Barr scores the grim reaper’s representatives on earth, one can be assured that he will be granting no pleasure trip for their one-way ticket to the great beyond. From the flesh eating disease of “Cabin Fever” to the thrill kill torturers inhabiting the “Hostel” and the immortal vampires of “True Blood,” Barr’s sanguine, multi instrumental talents have viewed death in terrifying waysYou’ll also be dealing with death in your forthcoming score for “The Parting Glass.” What can you tell us about it?

“The Parting Glass” is a film directed by Stephen Moyer, written by Denis O’Hare, and starring Anna Paquin, three members of my “True Blood” “family”. It’s a deeply moving autobiographical story from Denis O’Hare’s life that deals with suicide and a family’s struggle to process and recover from it. Steve shot it in a very naturalistic style and so there is not a lot of score in the film, but when there is score, it’s very important. It was so great to be back in creative mode with these three talented artists.

Read the full interview with Nathan by clicking here.

Watch Nathan’s series by clicking on the links below:

Purchase his music by clicking below: