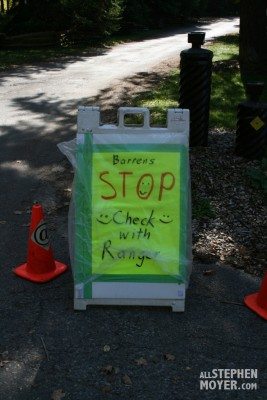 Toronto based fans Bills4me and Karenlvdv found a Moyerless set after being challenged by traffic yesterday (Friday) hoping to do a little celebrity sighting in the Rockwood Conservation Area. 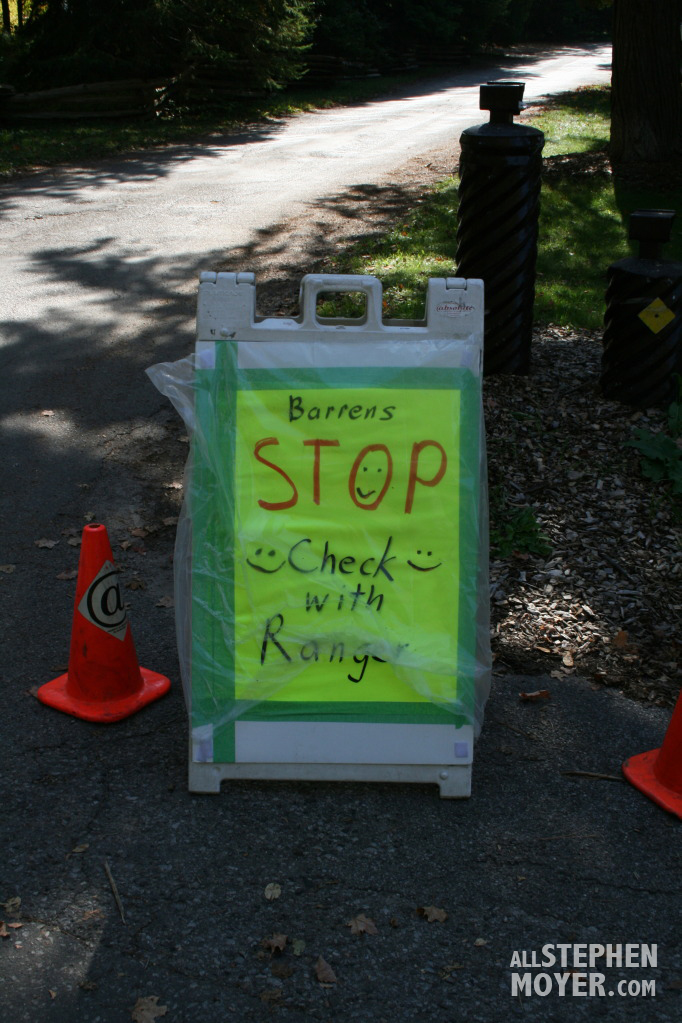 They came prepared with something for Steve to sign, sharpies, cameras, flashlights, water, snacks and lots of excitement. The set was not hard to find since there was a clear sign showing the way. The crew was very kind to them and said to could take a look around, as long as they didn’t take any photos of the scene they were preparing (fake blood was involved and several law enforcement dudes).

Unfortunately, Stephen was not on set yesterday, he had gone home for the weekend. Talking about bad luck! But they did see his trailer (which is the biggest of all btw). 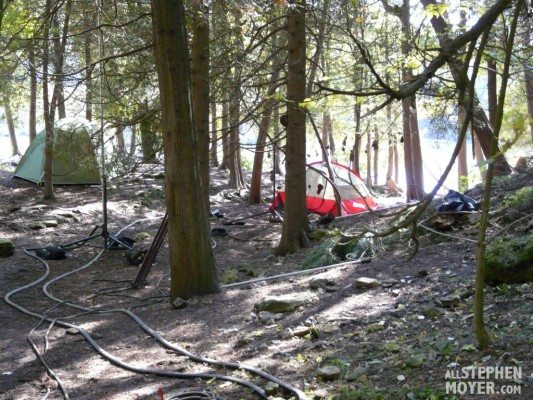