The film, Juveniles is a Stephen Moyer film that was shot in 2015 and is just not being released. In it, Stephen Moyer plays the villain, which we’re sure he loved doing. The was first seen at the Newport Beach Film Festival on April 30, 2018. 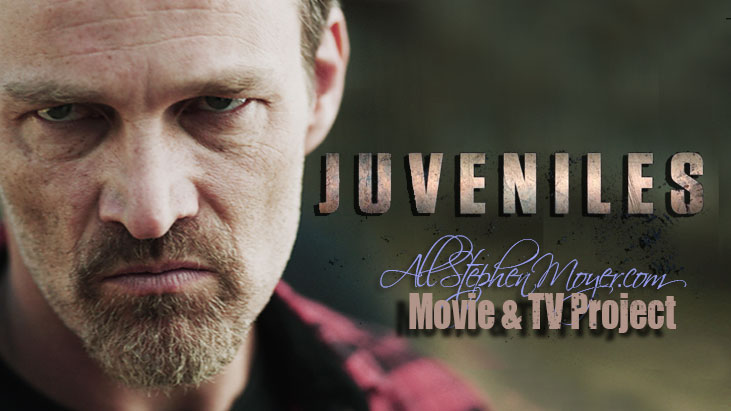 CLICK ON THE TABS BELOW TO VISIT EACH JUVENILES SECTION! 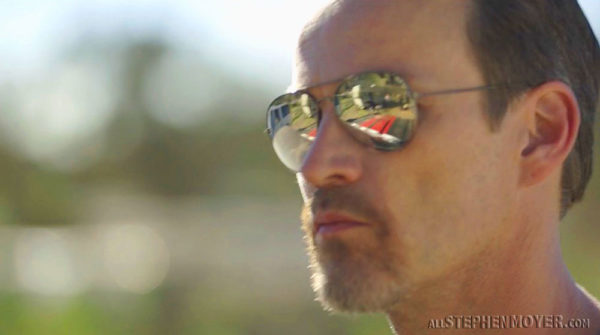 2 Candid photos that were taken during production:

Two screenshots from the film: 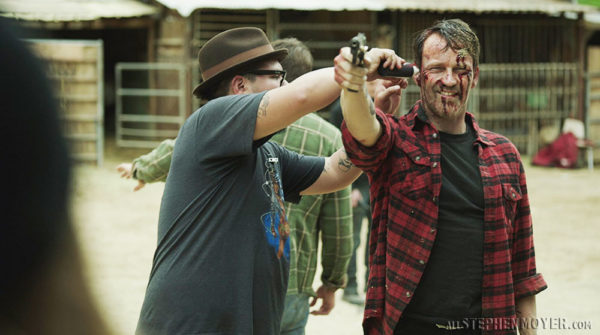 Hulme directed HBO’s “Unknown Soldier: Searching for A Father.” His script for “No Such Thing” centers on a father who tries to protect his young son from the same child-abducting boogeyman that pursued him as a child.

Producers hold U.S. rights to “No Such Thing,” which will be shot for under $10 million. Miller told Variety that Hulme’s story taps into the myth of a child-stealing monster that permeates multiple cultures.

“The script has a lot of resonance — and we are going to show the monster,” he added.

“Juveniles,” an action thriller starring Beau Knapp and Stephen Moyer, made its market debut at AFM with Radiant handling foreign sales and showing footage. CAA represents North American rights on the film, which is in post-production and directed by Nico Sabenorio from his own screenplay.

“Juveniles,” shot in a remote area of Los Angeles County north of Hanson Dam in 18 days, centers on a student out to avenge his father’s death at the hands of a local crime lord. Martin Henderson, Kathleen Rose Perkins, Nick Eversman and Jessica Rothe also star.

Besides Miller and Burke, “Juveniles” was also produced by Elliot Lewis Rosenblatt and Scott Disharoon. 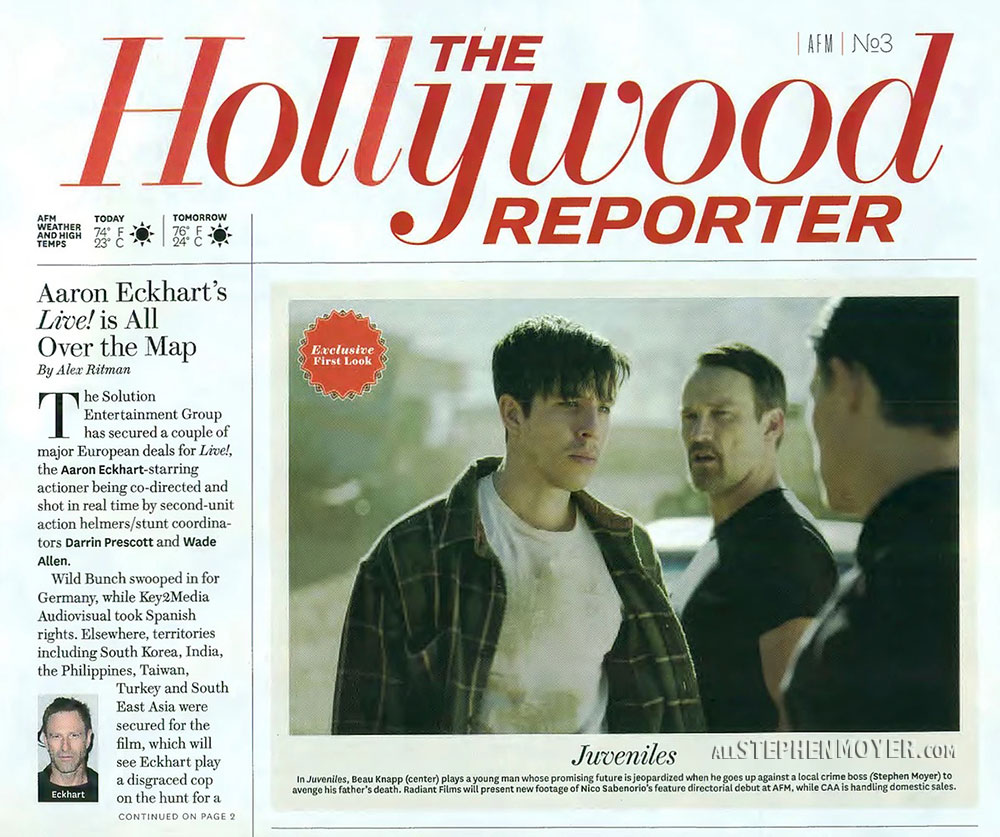 As the DVD and/or Blu-Ray becomes available, we will provide links to purchase it.  See it now by buying it to stream via ITunes here: http://radi.al/Juveniles or watch it on Prime Video on Amazon by clicking on the link below: