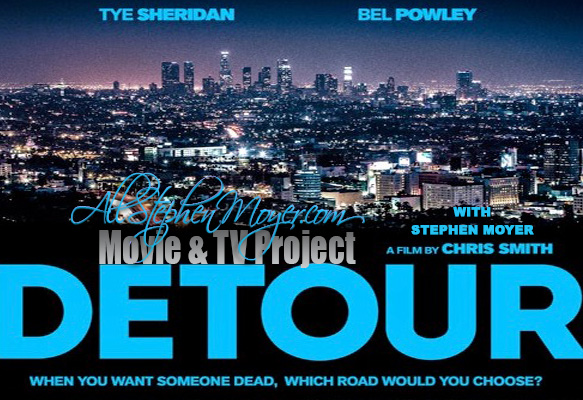 CLICK ON THE TABS BELOW TO VISIT EACH DETOUR SECTION!

1/16/17 – LA Times lists the premiere of Detour on Friday as an overly trusting law student allows a violent couple to play on his suspicions that his stepfather arranged the car crash that left his mother in a coma. With Tye Sheridan, Stephen Moyer, Emory Cohen, Bel Powley. Written and directed by Christopher Smith. Magnet Releasing

Employing a split-narrative structure to tell this tale of deception and murder, Smith takes his audience on a thrill ride full of hairpin turns, where it’s never quite clear what or who can be trusted.

“We’ve been big fans of Christopher Smith for a long time, and we’re excited to work with him again on Detour,” said Magnolia President Eamonn Bowles. “Like its classic noir predecessors, the film keeps you guessing until the very end.”

“I’m absolutely thrilled that my film is being released by Magnet,” said Smith. “They did such a great job on both Severance and Black Death, and I’m really excited that we get to do it all over again with Detour.” 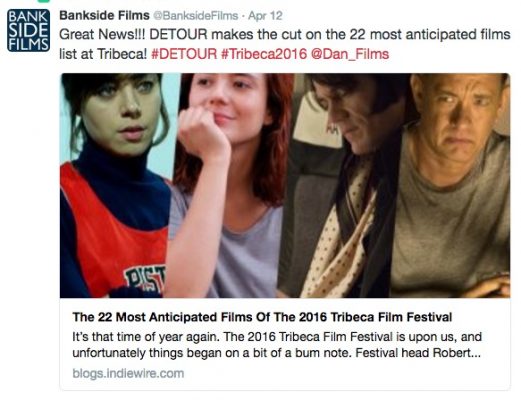 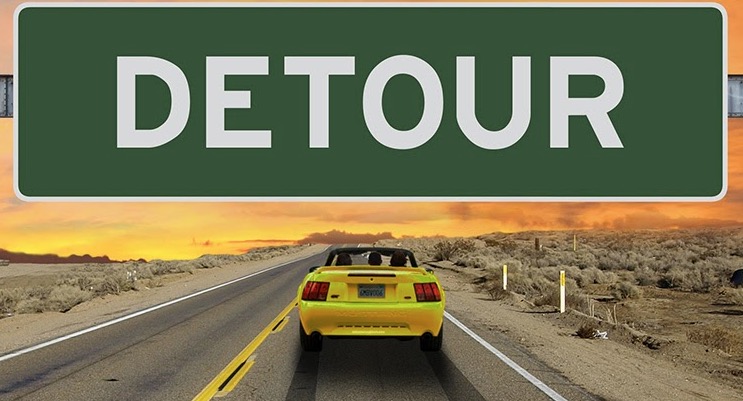 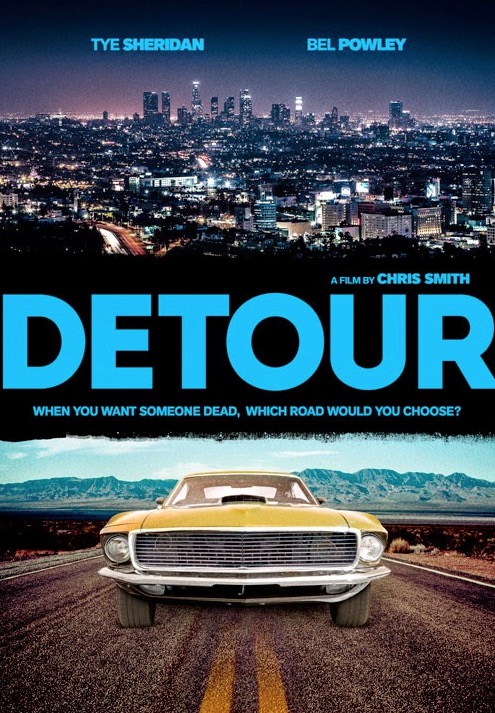 via: EW  As befits a movie titled Detour, writer-director Christopher Smith took a circuitous route while plotting his neo-noir about a grieving law student with dark suspicions about his shady stepfather.

Speaking to EW at the recent Tribeca Film Festival, Smith said he initially drew inspiration from thrillers such as Disturbia (which is itself partly inspired by Rear Window) and Strangers on a Train.

“Before I knew it I’d come up with this split narrative, and then I had the twist,” said Smith, whose other credits include Black Death and Triangle. “I had this whole mathematical formula before I had any characters or story … and then I spent four years trying to think of what characters populate it.”

Those characters would come to include Harper, the naive protagonist played by Tye Sheridan; Johnny, a volatile grifter played by Emory Cohen; and Cherry, a stripper played by Bel Powley.

Watch the video above for more from Smith, Sheridan, and Cohen (sorry no Steve in this one):

Latest video trailer for the film’s release on January 20, 2017:

Stream on Amazon by clicking on the link below: