Ny-Lon is a TV series filmed in London and on location in New York’s Lower East Side in 2004 which followed the troubled romance between a bohemian New York record store clerk, Edie, and London stockbroker Michael, after their chance meeting in his city. 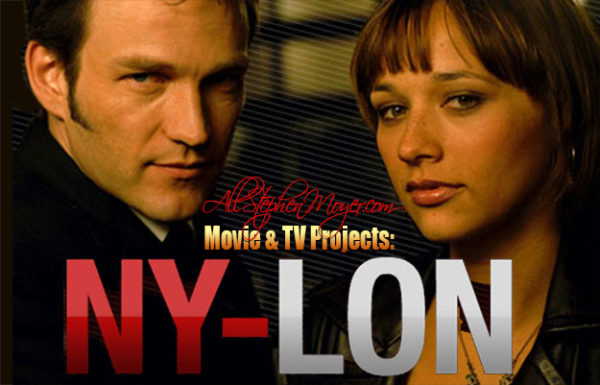 The grungy second-hand NY record store where Edie works, Michael’s docklands loft apartment, Edie’s tiny Soho NY flat and the impersonal environment of Michael’s overcrowded open-plan city office are all very well thought-out. The character development is also very intelligently planned. I enjoyed the use of split-screen, and it’s interesting to watch events from a number of different characters’ points of view.  Many of the scenes are reshot from the characters different perspective.

First, we see it one way and then we go back in time to see the same scene from another’s point of view. This fascinating piece of television drama reflects the reality of the fact that the world is getting smaller and the affairs of the heart are increasingly spanning the globe and there’s no stopping it. It also speaks volumes about the need for innovative and creative direction and camera work which can grab the attention of an increasingly critical audience.

Interesting trivia tidbit from the series is when Steve Emery calls Michael’s office, which of course, is Stephen Moyer’s real name.   Cast: 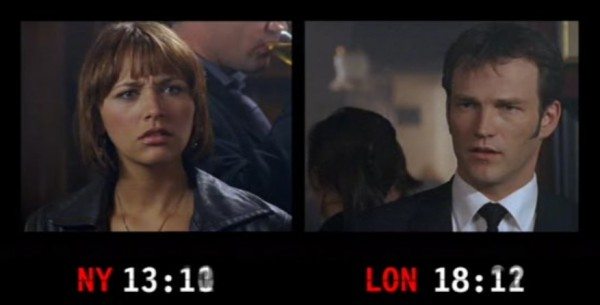 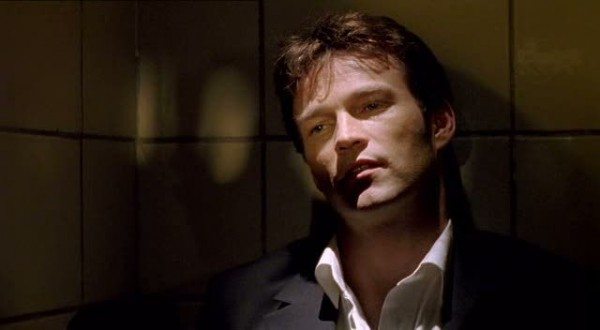 CLICK HERE TO SEE MORE IN THE PHOTO GALLERY

Interesting connection that Ny-Lon has to True Blood

As you must know, Alan Ball was the creator of True Blood and his previous show was Six Feet Under.  Six Feet Under had an awesome ending scene that use the song “Breathe Me” by Sia. However, it was not the only show that featured the song. NY-Lon also used it in an emotional scene in NY-Lon’s final episode where when the British Michael just asks his American girlfriend Edie to marry him and she refuses. He leaves her New York apartment and walks around in the streets ending up crying in Time Square.

Stephen recalls battling to complete this emotional scene in the middle of a typically chaotic Saturday night.

“I was shooting on this traffic island in the middle of the mayhem, with me walking along, and there are cars pulling up, people shouting at me.

“My favourite heckle was when I was crying my eyes out and this car pulls up and a guy shouts out ‘Adrian! Adrian!’ exactly like Sylvester Stallone does when he finishes the fight in Rocky. It was hilarious. I thought that was a fantastic heckle.” (source)  You can read about this six degrees of separation here.

Here’s the scene of Michael in Time Square from the finale episode of NY-Lon: