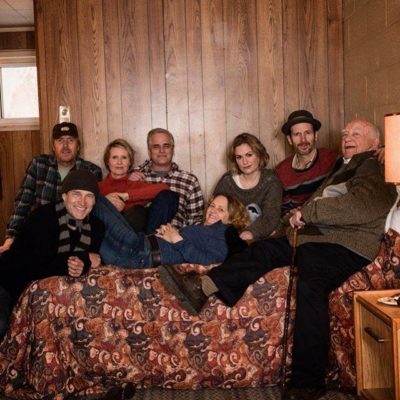 Mill Valley Film Festival screening of The Parting Glass is coming soon. Stephen Moyer has posted a photo of The Parting Glass cast on his social media accounts. He further writes that he, Anna Paquin, Denis O’Hare and CASM’s Cerise Larkin, Mark Larkin will be present at October 6 screening.

He writes about making the film and the appearance at the Mill Valley Festival Screening:

This is my Dream Cast. When my dear friend @ohdenis (Denis O’Hare) & I set out to make our movie The Parting Glass 6 years ago we never believed we would end up with these amazing actors. Next weekend we have our North American Premiere at The Mill Valley Film Festival on Saturday evening. Thank you so much @millvalleyfilmfest for inviting us. @_annapaquin (Anna Paquin) will be joining myself & Denis at the premiere. I’m not sure if there are any tickets left but have a look if you are in the area. Can’t wait for you all to see it x (I know all tickets are sold for Sunday).

So, October 7th, Sunday’s screening is already sold out but the film will be screening three days at the festival and the CASM people including Stephen Moyer, Anna Paquin, and Denis O’Hare will also attend (see below).

Here are all of the Mill Valley Film Festival screenings:

Learn more about CASM’s film The Parting Glass by reading all our posts about it here.