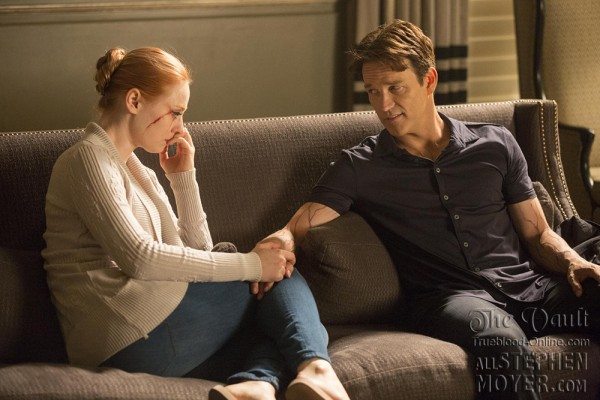 Anyone who watched the last episode of True Blood, 7.09 “Love is to Die” knows that Bill released Jessica in the episode’s first scene. We think that their relationship was a quite beautiful one and were truly sad to see this maker release his progeny.

Below is a video of Bill and Jessica scenes that is very heartwarming. Although it’s from 2011, it’s still gets the message across of their love and respect for each other. What do you think?

The song that accompanies the video is Snow Patrol’s “Run.”