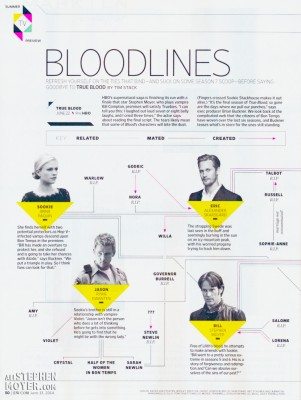 In this week’s issue of Entertainment Weekly, they feature True Blood and it’s final season by looking back at the complicated web that the citizens of Bon Temps have woven over the last six seasons. In a short snippet from the article, they quote Stephen Moyer about reading the final script for the show. He is quoted as saying:

“I can tell you this: I laughed out loud seven or eight belly laughs, and I cried three times.”

And, Showrunner, Brian Buckner is quoted once again as saying:

“It’s the final season of True Blood, so gone are the days where we pull our punches.”

A scan of the article is provided below: 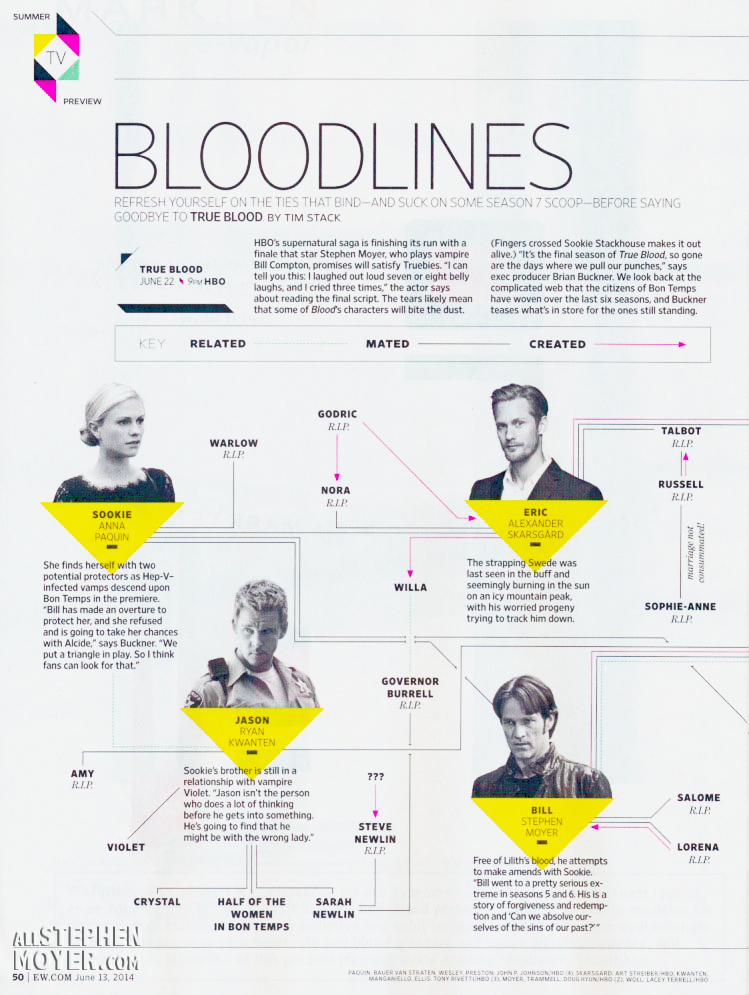 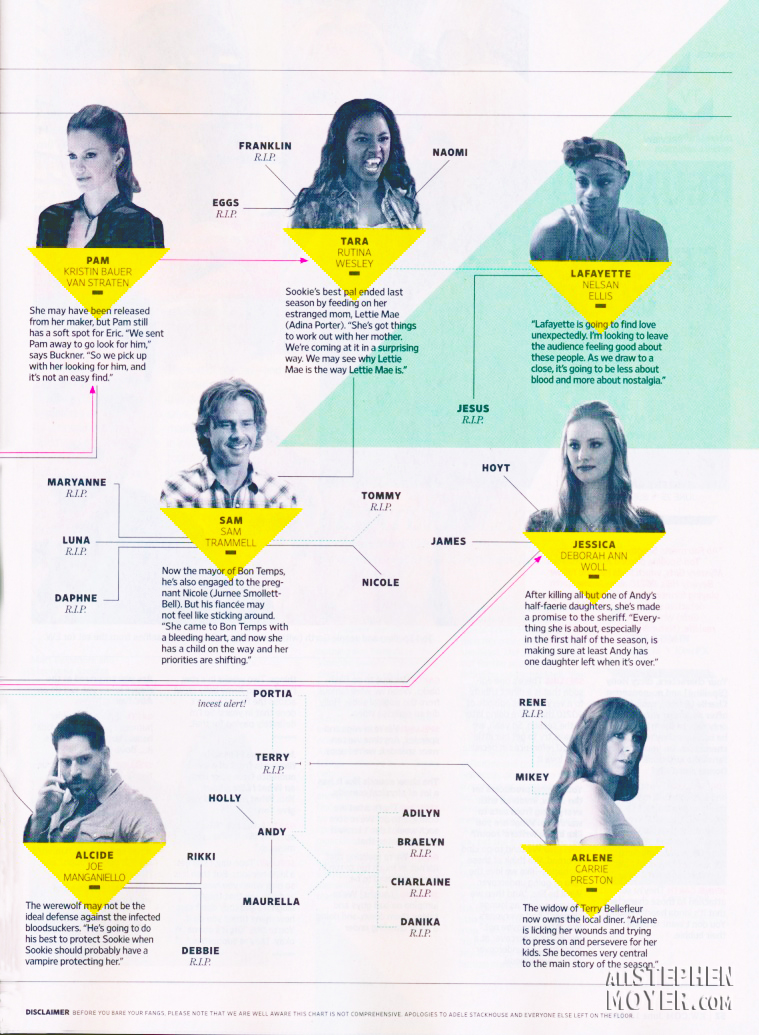