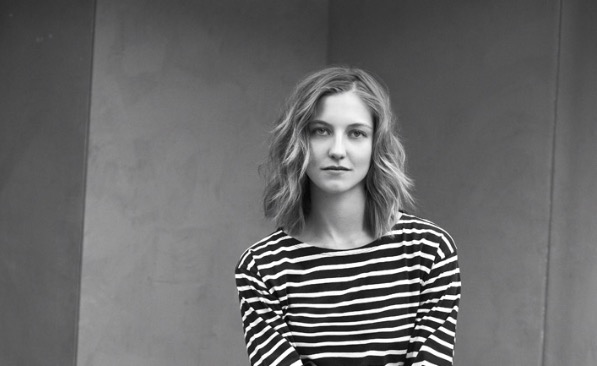 Caitlin Gerard plays the lead part in the new web film, “Jan” which we all know also stars Stephen Moyer in the role of “Gery.” This week, Caitlin tweeted to us how much she enjoyed working with Stephen Moyer and what a great actor he is. That peeked my interest so I decided to do some research on her.

I’ve been interested in watching Jan adapt to her new job working for an older successful photographer. We all, in some way, have similar experiences and struggles when we adapt to new surroundings and responsibilities. However, Jan is lucky because, at least in my opinion, Gery seems to make those struggles dissolve away.

Also, Caitlin was an excellent choice to play the part because I think she truly embodies Jan, and even thought she is such a young actress, (she’s 23) she appears to have wisdom well beyond her years. I think she has a future ahead of her and look forward to seeing her next role.

Caitlin was born and raised in Los Angeles. She says, “I act and attend UCLA. I am majoring in English with a concentration in creative writing.”

When asked to describe herself, she says: “silly, sister, determined, curious, unpredictable.” I’d say that also describes her character of “Jan,” don’t you?

Here’s a short video where Caitlin talks about acting.

Read more about Caitlin by going to the source: i-donline.com