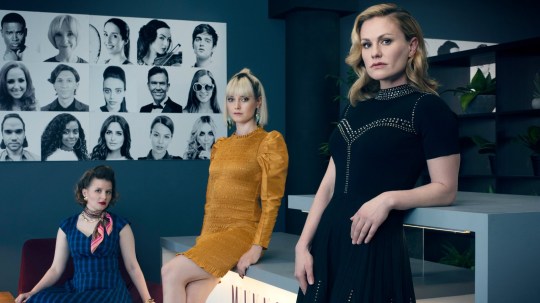 Will there be another series of Flack? And, when will the second season air in the USA?

We’ve been asking those questions about the CASM’s series a lot lately.  As we previously reported, Flack’s second season has not yet aired here in the USA. I just don’t get it, personally, I’m addicted to the series and would love to see more than just the first season. The CASM produced series, starring Anna Paquin, has won fans over its first two seasons with its witty and compelling take on the world of PR.

Starring actors like Lydia Wilson, Sophie Okonedo, and Rebecca Benson, the show follows its main characters as they solve a number of crises caused by hapless celebrities. All the while, their own personal lives are often spinning out of control.

Throughout the outing, viewers watched as Robyn (played by Paquin) attempted to repent for her actions at the end of season one.

However, as fans will know, she had also been gradually losing control of her alcohol and drug addiction at the same time.

Now ahead of tonight’s finale of the show, viewers will be eager to know whether this is the end of the road for Robyn or if she’ll be back for more.

Watch the Season 2 trailer below:

So far, Flack’s second season has not aired in the USA and the W Channel in the UK has not confirmed if the series will be renewed for a third season.

However, in the meantime, the cast and crew of the series have revealed they’d love to return again.

At the launch of season two, when asked if he would like there to be a season three, creator and writer Oliver Lansley said yes.

So, we are hoping to have a Season 3 of Flack, but will we see it in the USA!  I’ve got my fingers crossed. As soon as we learn something, we’ll be sure to let you know, ASAP!

In the meantime, to purchase Flack Season 1 for your DVD library in the USA or both Season 1 and 2 in the UK, just click on the links below: