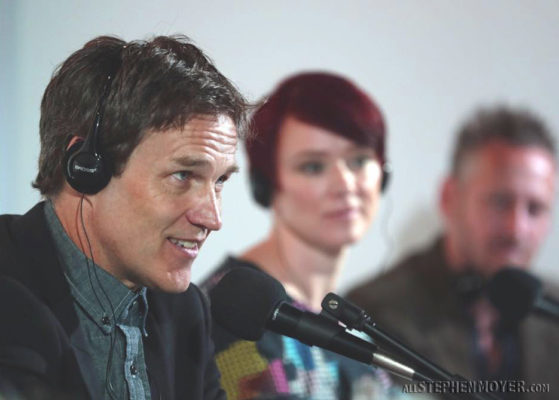 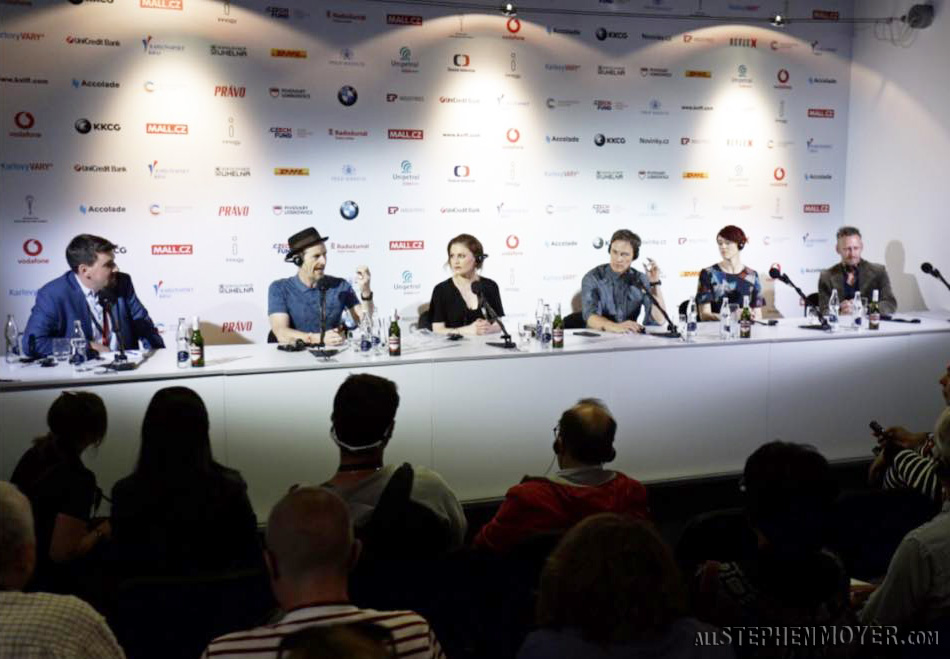 The video below is a very interesting session where they discuss how the film was made, how they got the cast.

Stephen describes how he is always looking for “flawed” characters (which we’ve heard him say many times) and also deep and dark with sardonic humor. Denis discusses his writing and also how he felt that the cast did well playing his family members.

Anna talks about her character and how different she is from her, and that she was much younger.  She also discusses CASM’s new project “Flack” which will be on TV soon via the CBS-Lionsgate joint venture with Pop TV and UKTV.

Denis discusses his involvement as actor and writer and what it was like to portray such a personal family story. The questions are asked in Czech, but The Parting Glass guests, of course, answer in English. Watch the entire Press Conference below:

Below is an article that was published after the KVIFF about their visit: 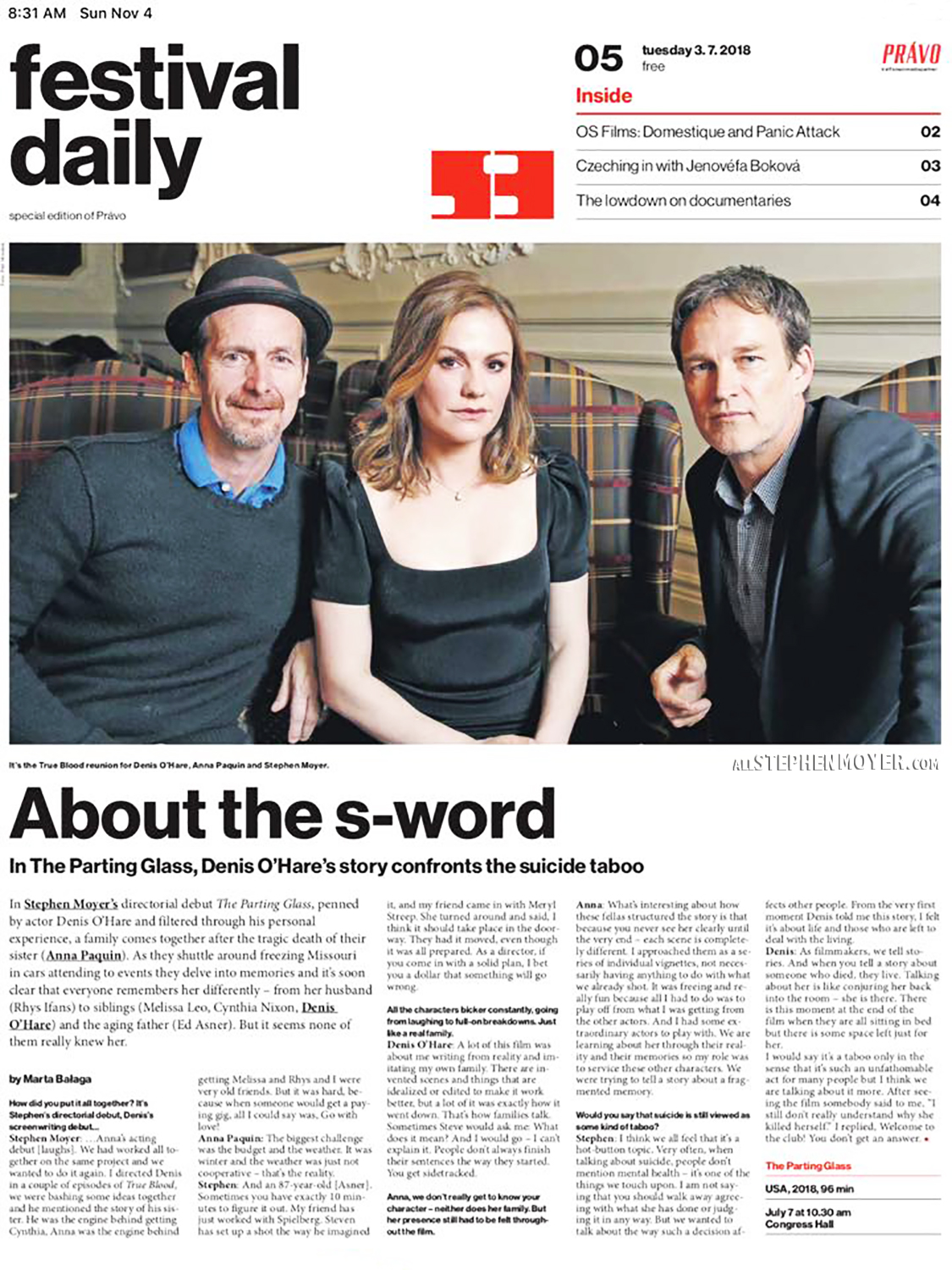