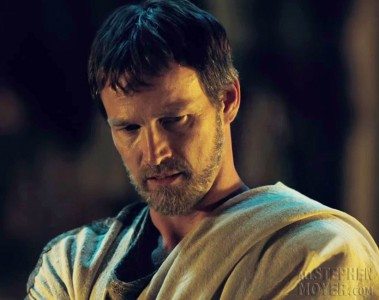 Raving reviews about Stephen’s performance as Pontius Pilate in the TV film Killing Jesus which will air world-wide on March 29 on the Nat Geo Channel.

According to the Global Dispatch “Moyer steals every scene”.

The NYTimes names Pilate the most interesting character in the story.

The most interesting character might be Pontius Pilate (Stephen Moyer), the Roman prefect. Much of the power politics on display here involves his being pressured by the religious leaders of Judea to arrest and execute Jesus, a fight he wants no part of. After the “cast the first stone” incident, the priests fail to convince him that Jesus somehow broke the law, so instead one tries to get him worked up about the fact that Jesus has also been stirring people up about taxes.

“If I were to crucify every Jew who rails against our taxes,” he responds, “I would have to level the cedars of Lebanon for wood. His crime must be an attack against our emperor, our rule.”

Those are the kind of reviews that we’d like to read!