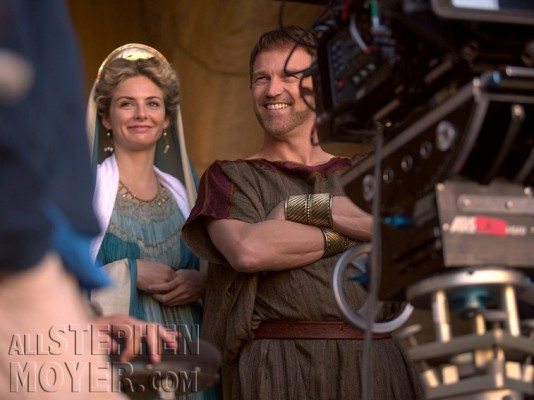 Twentieth Century Fox Home Entertainment has released Killing Jesus today, for purchase on Blu-ray and DVD; a film which chronicles the life and death of Jesus of Nazareth,

The film was directed by Chris Menaul and has a celebrity cast that includes, in addition to Stephen Moyer, Rufus Sewell, Emmanuelle Chriqui, and Kelsey Grammer.

Below is the video trailer that includes Stephen.

And we found some behind the scenes photos we haven’t posted before (well the last one has been posted, but not in this format ratio).  Enjoy!

Killing Jesus from the National Geographic Channel now holds the rank of its all-time highest rated telecast with a record-breaking 3.7 million viewers which we previously posted about here:

Purchase Killing Jesus and get more information about the Blu-Ray and DVD releases by clicking below.