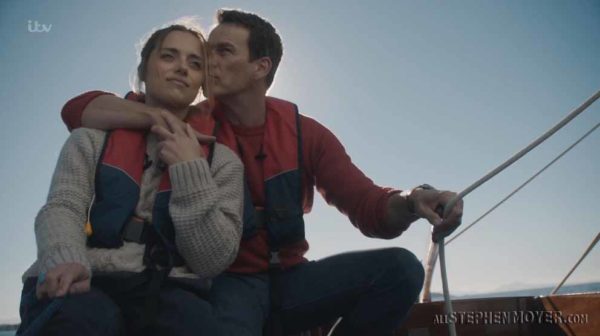 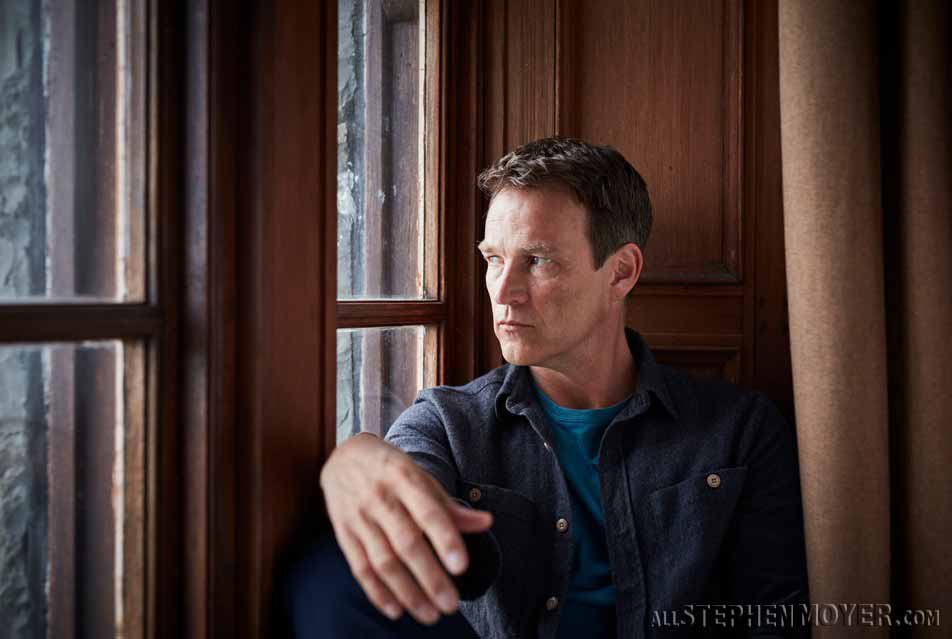 Tom Brook (Stephen Moyer) seems to be living the quiet life with his girlfriend Sam Stenham (Zoë Tapper) in a detached house in Anglesey, Wales. With wishes of buying horses, and arranging to have his boats fixed up by his friend Craig (Charlie Kelly), Tom doesn’t seem to have any problems. 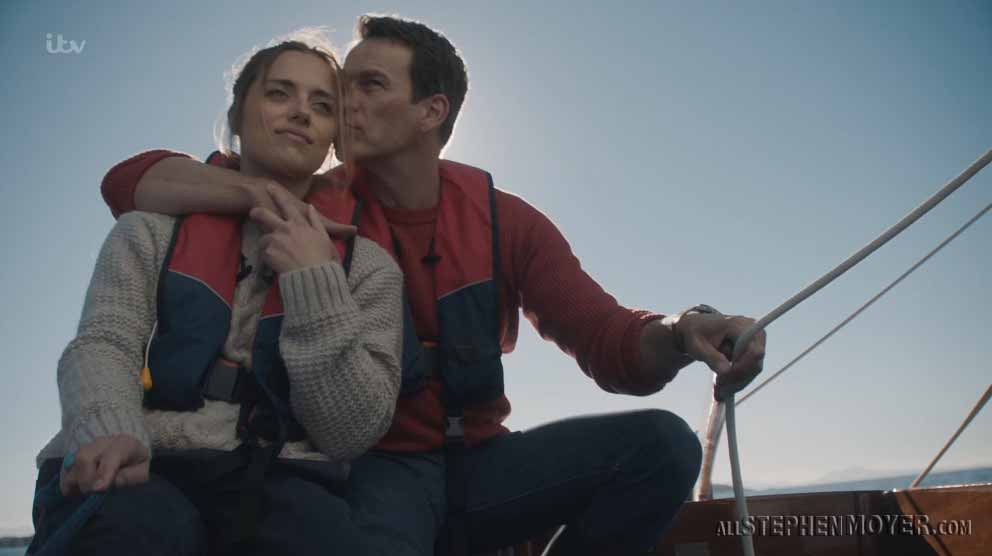 However we learn much more about Tom when he catches a news report on the television about the abduction of a woman named Julie Delaney (Lynsey McLaren). Julie has been living with her boyfriend John Channing (Ashley Walters) and her daughter Dani (Sacha Parkinson). The three had been out together for the evening in order to celebrate Julie and John’s anniversary, although Dani felt like something of a third wheel. 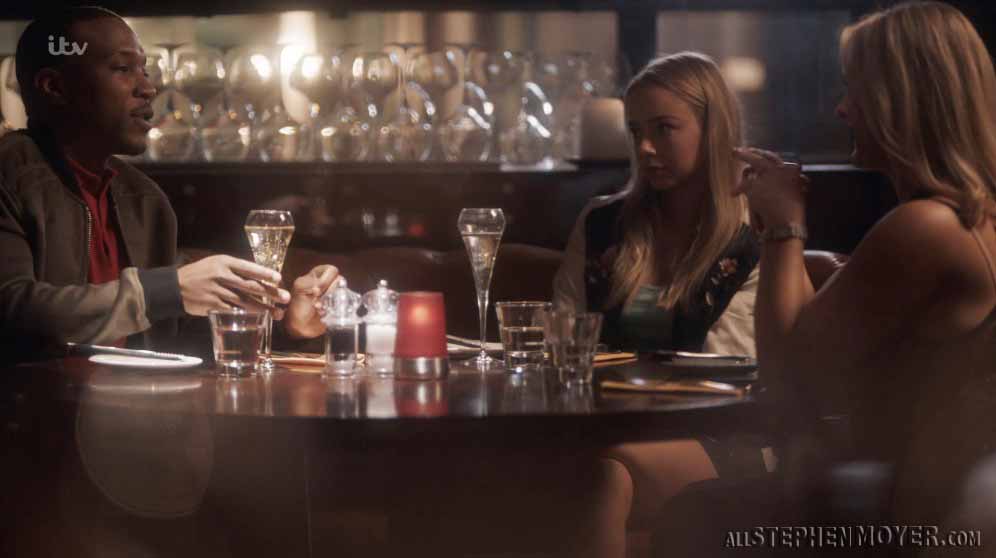 The evening was going well until the family returned home and John was knocked across the back of the head and bound and gagged. Before the intruder in the house took Julie away, he made her say goodbye to a helpless John. 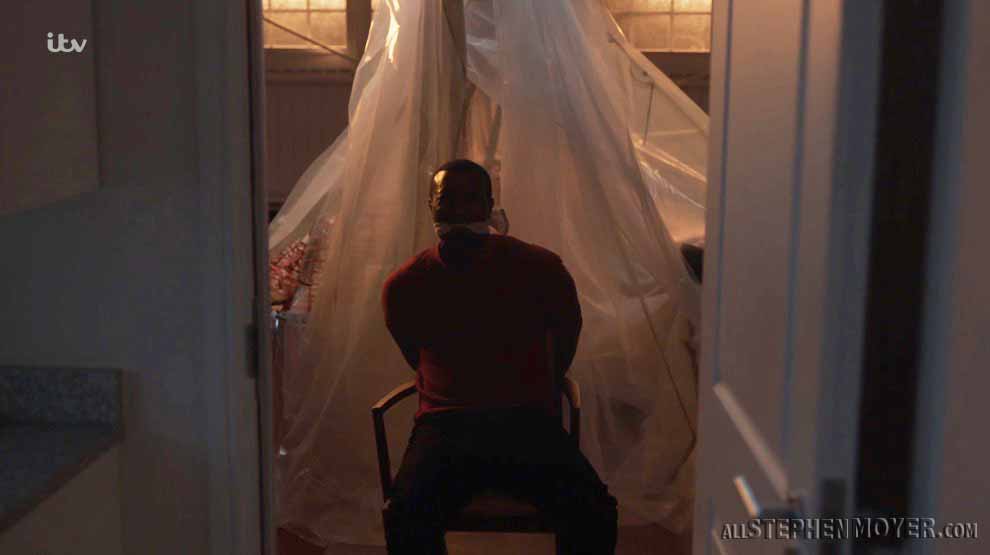 Tom runs a safe house and is also an ex-police officer and is convinced that this new kidnapping closely mirrors three previous kidnappings which he investigated that happened in very similar circumstances. He tries to talk to the police, including DCI Jane Burr (Sunetra Sarker) about these similarities. The police have no doubt that the original kidnapper, Luke Griffin (Stephen Lord) acted alone and that the current case is nothing more than a copycat. 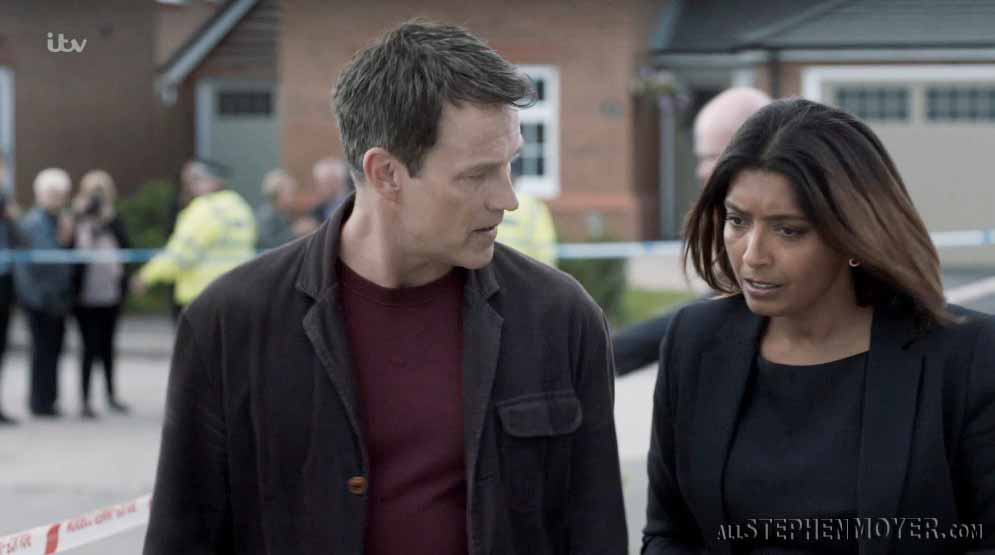 But Tom still has a strong suspicion Griffin AKA ‘the crow’ didn’t act alone, and that the man who accompanied him is still out there. Furthermore, Tom believes that the kidnappings are not about the women who were abducted, but the men who suffer, as two of the men committed suicide?

Simon Duke (Jason Watkins) was the third man who also lost his wife eight years previous in the same circumstance when she was abducted. His son Liam, only a little boy at the time, found his father in the garden bound to a chair, which we see at the very start of the episode. 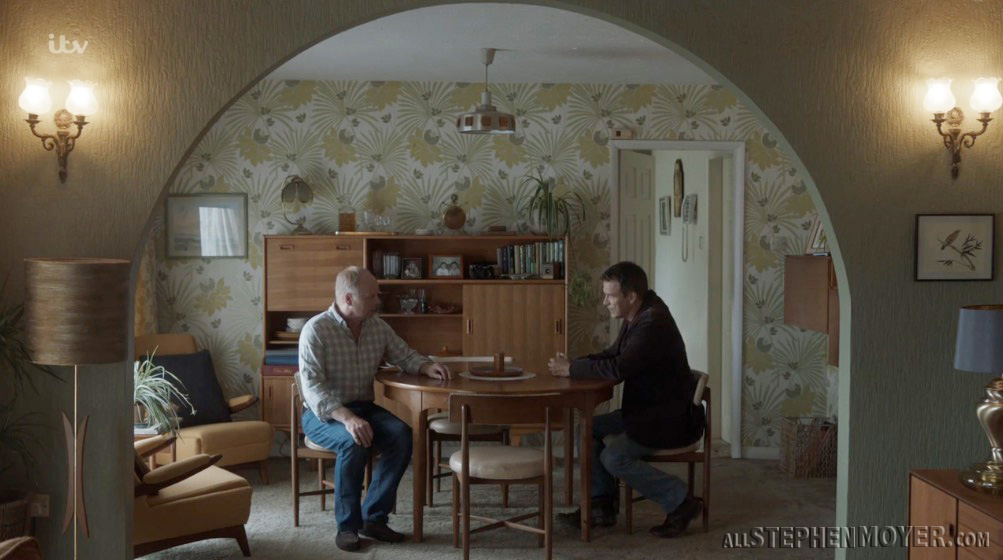 Tom visits Simon, asking if he has had any strange incidents occur lately, such as anyone following him, but Simon cannot recall anything, apart from a man who approached him and told him what a great job he had done with his son. Simon was told by police that this was a reporter, but Tom has the feeling that someone may still be after Simon, seeing him as the ‘one who got away’?

While John and Dani are under police protection, John is baited away from their hotel when he receives a desperate call from Julie, telling him that he must come alone. But Tom has been staking out the hotel and follows John to where he is headed, knowing that he is just being fooled. John then receives a photo on his phone of Dani having a cigarette outside the bar at the hotel, and knowing that she could be next, decides to take up Tom’s offer of staying at the safe house which he runs with Sam. 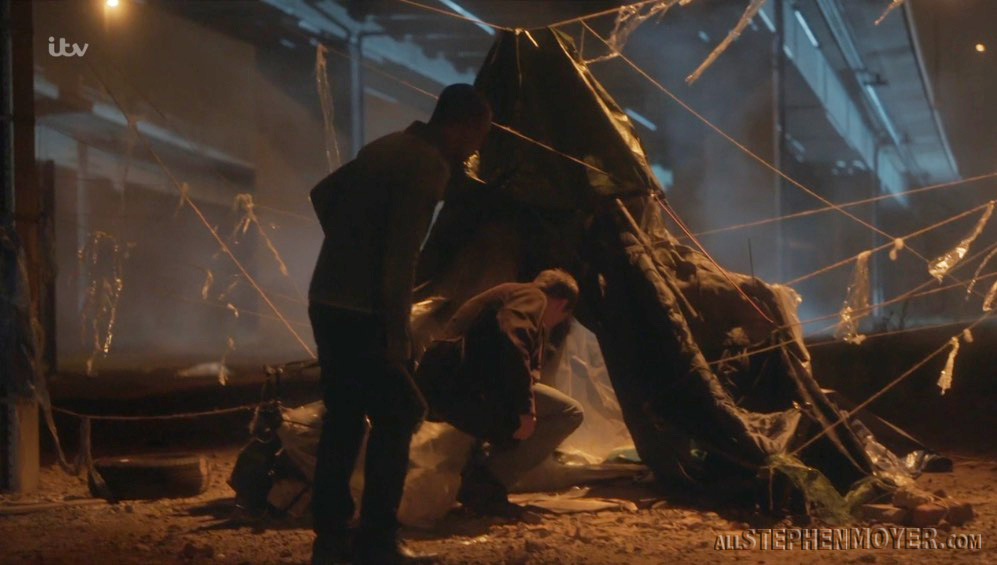 Tom has received the files for the case from DCI Jane Burr and we last see him as he is looking for clues through the old case files of the previous kidnappings.

The episode ends when Simon’s son arrives home after leaving a job he said, just didn’t work out for him and he is seen at the end of the episode hiding on a makeshift house made of chairs. 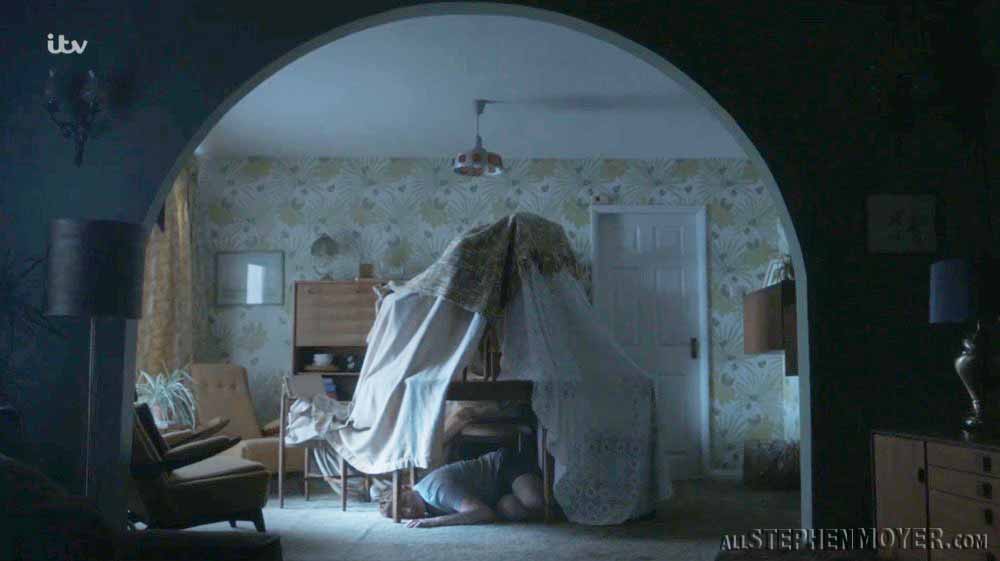 Julie Comments on the episode: 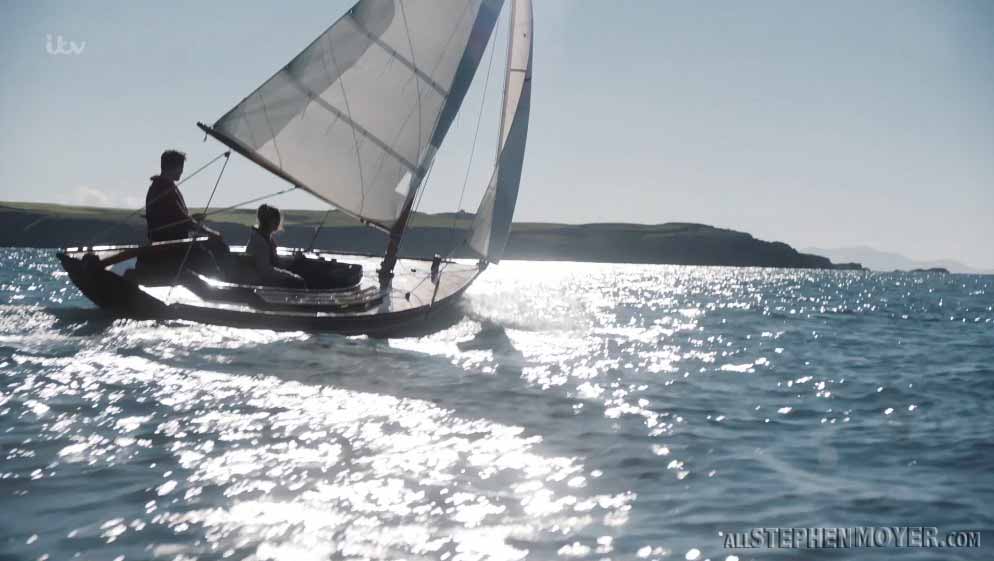 Episode one of the second series of Safe House drew me in right from the start, with opening scenes which leave the viewer with unanswered questions, as we see various different characters living their lives, with no clue as to how these characters are linked. But it all becomes clear as the episode goes on as to how the lives of these characters will become entwined.

JULIE BIO – Julie has an interest in classic Hollywood and regularly reads biographies and watches documentaries on Hollywood stars from the golden age. Julie grew up in Hertfordshire, England. She now lives in South Wales with her boyfriend and their two dogs.