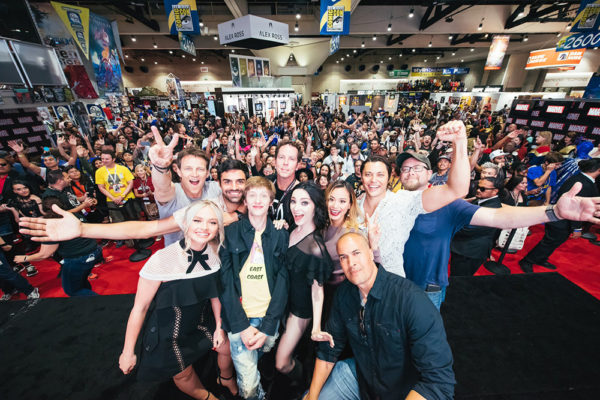 Below are a few various video press interviews featuring Stephe Moyer and The Gifted cast yesterday at San Diego Comic Con 2017 after their panel. 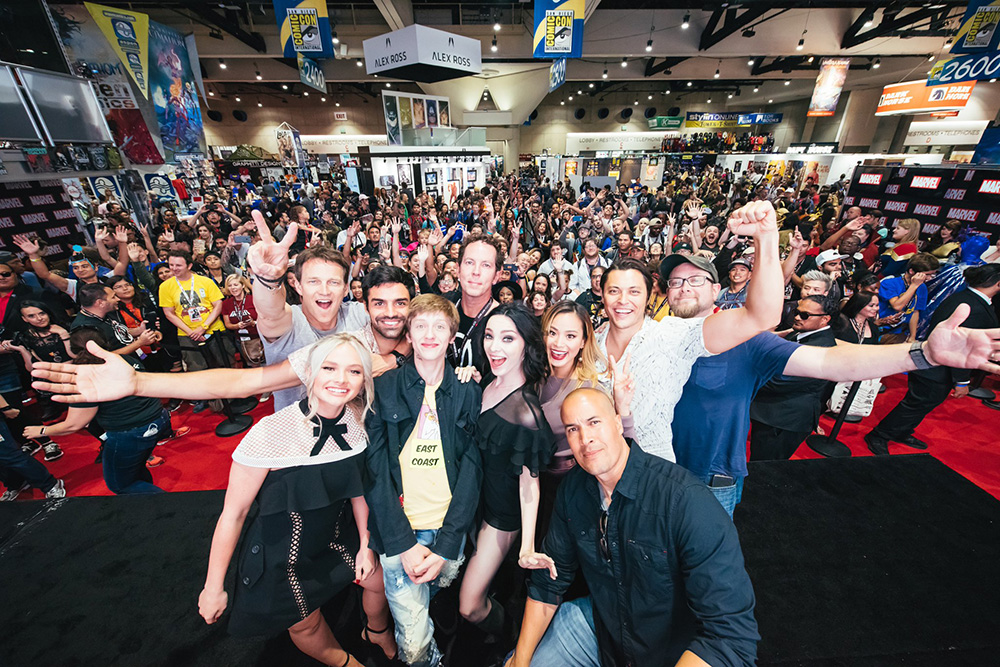 This first video is mostly about The Gifted, but Stephen Moyer talks a bit about whether Anna will do a guest appearance as “Rogue” on the show and he talks about the recent death of Nelsan Ellis. Anna attended the funeral yesterday outside Chicago along with other True Blood cast members, Rutina Wesley and Carrie Preston.

Stephen’s daughter, Lilac makes a special appearance in this video.

Click full screen at the bottom right to see the video larger.

Here’s a couple of fun gifs of the cast: