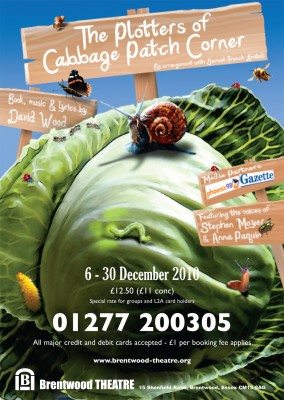 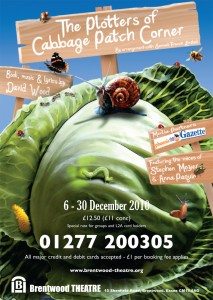 Stephen Moyer is interviewed by Phoenix FM in Brentwood.

On December 30, Stephen Moyer attended the last performance of the Brentwood Theatre’s Christmas Show, “The Plotters of Cabbage Patch Corner”. Anna Paquin, unfortunately, had a previous engagement and could not attend, but Stephen brought his two children, Lilac and Billy.

After the show, Stephen granted an interviewed to Phoenix FM radio, (listen to audio file below).

In the interview, Stephen talks about being a patron at the theater and how he almost didn’t recognize the High Street. When asked about his very busy year of 2010, he of course, mentions his wedding in August and his life now in Los Angeles. He also talks about his very busy Christmas in London visiting with family, which included, sledding at Hampstead Heath with the children and visiting Soho.

When asked about signing crazy things for fans he mentions the “knickers” he signed while visiting with Shad and I, at my apartment in June. He had come to sign items for the Stephen Moyer Theater Kid’s Fundraiser. The funds raised from the items helped enable the theater to put on the Christmas show and provide transportation and tickets for school children who wouldn’t have normally had the resources to attend.

Regarding True Blood he first discusses Season 3 saying that he thinks it is the “tightest season so far” and that the storyline required Bill to do some real soul searching causing him to turn his back on Sookie, as well as go to some really “dark” places.  He also mentions that he enjoyed working with and becoming a friend to the great Denis O’Hare, who played the King of Mississippi in Season 3.

And, when asked about how well he knows his character of Bill Compton he says, “I think I know him inside and out“. However, Stephen goes on to say that with Alan Ball, there is always the unexpected and for example, in Season 4, he was surprised by a flashback scene that he never would thought of for Bill.

Thanks to Ed Wellman of Phoenix FM for kindly providing this interview.