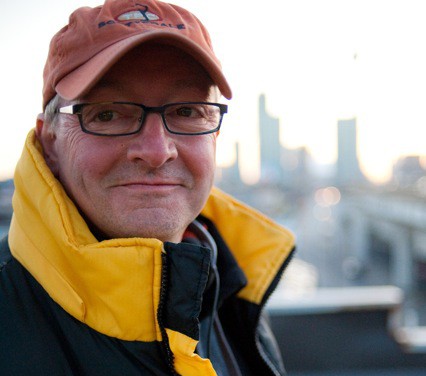 Below is an article from beta.canada.com with Showrunner and writer, Andrew Wreggitt we learn more about Stephen Moyer’s new series “Fortunate Son.”  Wreggitt talks about the time in the 1960’s and how, at the time, he had a desire to be a hippie.

I think that’s the reason we see Stephen in so many series set in an earlier time. I truly think he has a look about him that transcends today. Oh, don’t get me wrong, he is up to date, but he respects the past and knows a lot about it and fits well in history. He has done many projects that took him back in time, but 20th century historical parts he especially excels at.  I, for one am very excited to see Steve on TV again, but since he will be playing Vern Lang, a CIA agent, we won’t be seeing the “hippie look.” Too bad, that would be a lot of fun!

Read the interview below

When he was 12, Andrew Wreggitt wanted to be a hippie. It was 1968, so the time was right. He may have been too young to be caught up in the politics of the day but he certainly remembers the peace-and-love vibe in Vancouver, where the Calgary native lived at the time.

“It was Fourth Avenue in Vancouver in Kitsilano and that’s where all the hippies were,” says Wreggitt in an interview from the set of the Calgary-shot CBC drama Fortunate Son. “They sat around on the street and played guitar and had long hair. I remember looking at that and thinking it was the most amazing thing ever. I just really wanted to be a hippie. I thought that was so cool.”

Andrew Wreggitt says he never forgot that Vancouver-in-1968 feeling. Now, as showrunner for Fortunate Son, the 55-year-old writer has immersed himself in the tumultuous period. Having penned everything from episodes of the Beachcombers and North of 60 to Corner Gas: The Movie, Wreggitt has been writing for Canadian TV and film for more than 30 years. But this is the first time he has set anything in the 1960s. Last week, Fortunate Son took over a main street in Drumheller during its first days of filming. There were vintage cars and hundreds of extras sporting period-appropriate hairdos and fashions.

“It’s this weird mix of ‘Oh man, this is so awesome’ and ‘Oh, I remember that.’ ‘I used to have a sweater just like that,’ ” Wreggitt says with a laugh.

Which is not to say that Fortunate Son takes a rose-coloured view of the 1960s. A drama with a thriller’s edge, it is set in the fiery antiwar movement and explores the often shady efforts made by the American government  to infiltrate it. At the heart of the story is

So, yes, the music was cool. The clothes were funky. There were lots of hippies. But it was a complicated time and Fortunate Son explores the period in all its juicy contradictions.