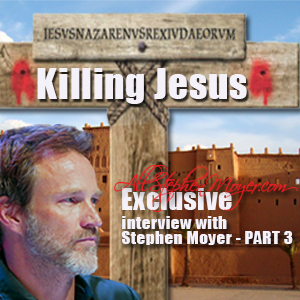 In Part 3 of the interview we spoke about being sick in Morocco, 36 disciples around the pool, Ted Neeley and the fascination with Jesus.

If you follow Stephen Moyer on Instagram you probably wondered why he posted a photo of a Moroccan toilet bowl with the text ‘…I guess this is goodbye old pal..’ Thanks for all the late night get togethers… 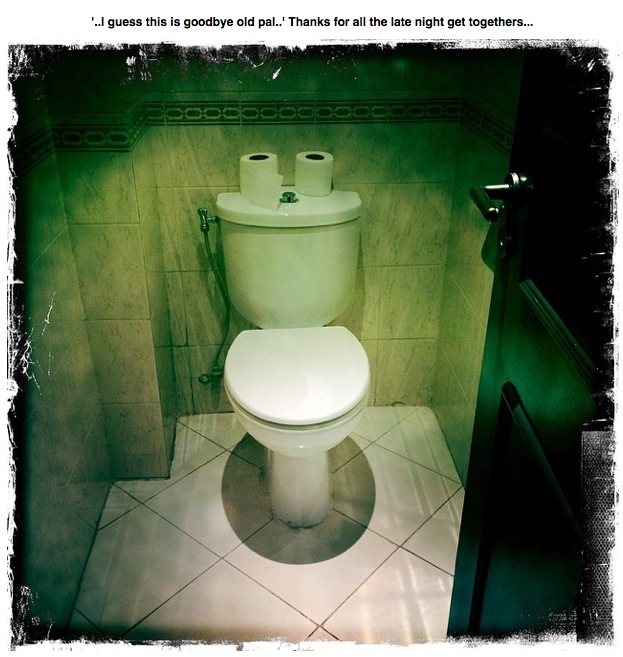 When I confront Stephen with this image and the question how the food was in Morocco he laughs out loud. “I got really sick. I was in bed for 6 days in Morocco. It was f*cking vile. I had 2 or 3 days off after my first day of filming and I was looking forward to go out into the Sahara desert, but I was in bed man, it was awful.” Stephen shakes his head at the memory. “I never get ill, “ he continues. “I have the constitution of an ox; never get ill! And I was sick as a parrot, awful.”

Despite being sick Stephen did manage to shoot all his scenes. “I have never missed a day in my life”, he adds.

Stephen was in Morocco in October this year to film National Geographic’s “Killing Jesus” based on the book by Bill O’Reilly. “Killing Jesus” details the events leading up to the murder of the most influential man in history: Jesus of Nazareth. The film is scheduled for release in 2015 in 171 countries. 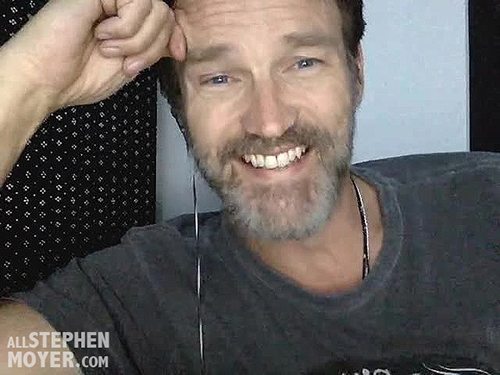 I tell Stephen that when I heard he would play Pontius Pilate in this film, I immediately thought of the rock opera he is a huge fan of: ‘Jesus Christ Superstar‘. Wouldn’t he have preferred to do the musical version of the story? Stephen laughs: “When I was doing the EPK [Electronic Press Kit] and they were asking me questions about Pontius Pilate and how exited I was to be doing this project I said I was most disappointed because I’ve gone all the way through the script and I can’t find my song. They looked at me like I was nuts, they didn’t understand what I was talking about.”

Being a Jesus Christ Superstar fan myself I tell him that Ted Neeley, who played Jesus in the famous 1970’s film, will perform the show in my Italian hometown in a couple of weeks and I have front row tickets. To my surprise Steve has an almost connection with Neeley.

“Darren Bousman, the director of The Barrens, who is a dear friend of mine keeps trying to get me to do his Devil’s Carnival thing [Horror musical project] and the last time he tempted me into it was with Ted Neeley.”

Will Stephen do another musical?

Stephen didn’t accept Bousman’s offer, but can we expect another musical for him in the future? 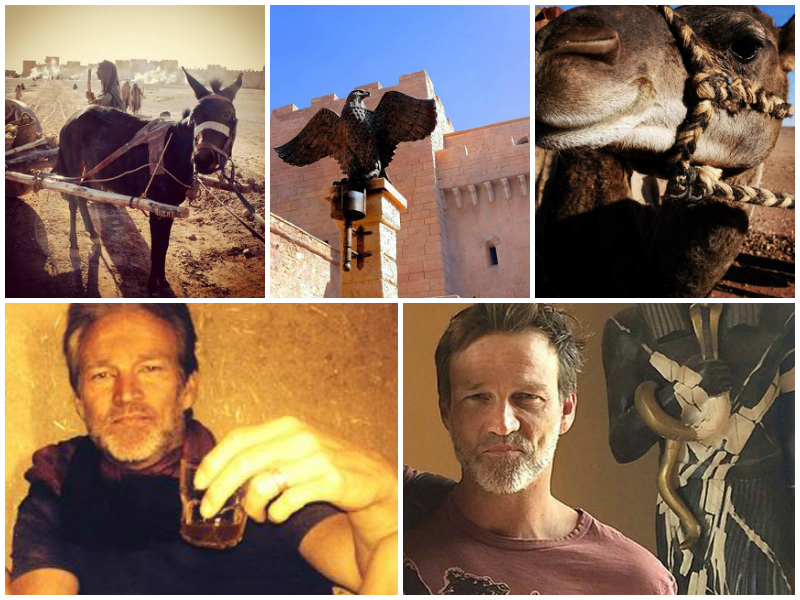 36 disciples around the pool and the fascination with Jesus

It’s Stephen’s turn to ask me a question: “Did you hear how many Jesus projects were happening in Morocco? There were 2 more when I was there. It was so funny. There were 36 disciples around the pool at any one time. It was absolutely unbelievable. We had disciple competitions.”

With so many films about Jesus coming out, what does ‘Killing Jesus’ have that the others don’t? We all know how the story ends and it doesn’t end well.

“It’s interesting that there is still this need to keep telling the story”, Stephen says. “I am not a particularly religious man and most of us who aren’t, most atheists and agnostics, tend to be quite fascinated by Jesus. It’s interesting isn’t it? I don’t know why that is. Denis [O’Hare] is a great example of that actually. He is very, very not religious but he is currently writing a play about the bible. ‘Killing Jesus’ doesn’t have much spirituality in it. ‘A.D. :Beyond The Bible’ tells the story of Jesus after he dies, so it’s about the disciples that are left and how the story gets passed around and the other one ‘The Jesus Code’ was a docu drama about how they became the people that they were. So they all have interesting stuff to say”, Stephen concludes.